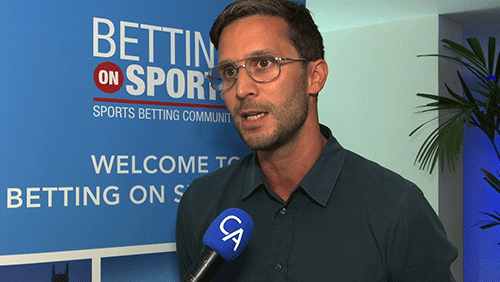 In this interview with CalvinAyre.com’s Becky Liggero, Matt Stephenson of BetGenius how new technology is allowing players to bet on anything at anytime.

The world has seen an explosion of in-play betting worldwide in the last decade thanks to the advent of mobile devices that provided the needed spark to its popularity. Data showed that 80 percent of all sports betting revenues come from in-play bets alone.

Perhaps one of the reasons why in-play betting has become a popular platform for many is because they can be socially connected without putting yourself in front of everyone. Back then, going to bookmaker shops to place a bet felt like a delinquent act even state regulators try to destigmatize gambling.

Fast forward to the future, punters can set their worries aside while placing a bet because they can do it everywhere – even at the comforts of their respective homes while watching a sports match. Some also attributed the in-play betting boom to what they describe as a comfortable marriage between social media and sports betting.

But due to the surge of in-play betting’s popularity, Matt Stephenson of BetGenius noted that operators have been complacent in innovating their offerings, saying that it took the industry also a decade to make several changes to their products.

“Yeah, I think you know, you are right. The last 10 years has been characterized by a huge boom in in-play betting,” Stephenson told CalvinAyre.com. “Innovation wise there hasn’t been that much. There’s innovation around the user experience, but the actual product itself is very static.”

One of the most recent changes made in-play betting, according to Stephenson, is the increasing adoption of cash out. He said that cash out is the real fundamental shift in the development, sort of evolution of in-play.

The problem, however, is that punters are now demanding for offerings that will enable them to cash their bets out, Stephenson said.

“Most operators are doing an OK job of that at the moment but I think more so, there’s a demand to cash out everything, at any point, in any market type, so it’s not just the big games,” he said. “You need to be able to offer right up to the final whistle, and that’s something we are trying to help our customers develop at the moment.”

Aside from continues innovation of products and offerings, Stephenson also encourage operators to use social media to further engage their customers in in-play.  He cited SkyBet’s social media promotion called “#requestabet” wherein they allow users to request a bet using different social media platforms, saying it is a great PR opportunity.

Betgenius, on the other hand, is doing some “really interesting stuff” around the live CRM, according to Stephenson.

“On the marketing side, some of the really interesting stuff that we are doing is around sort of live CRM so you know where users of the bookmaker have gone and put a selection in there in the betslip but they haven’t for whatever reason gone in transacting on that, they haven’t placed a bet,” Stephenson said. “We are able to actually go and target them as they traverse across the internet. So as a page loads on any website, 98 percent websites as a page loads will bid for that impression based on what we know about the customer and show them something very relevant, something personalized which is a great chance of conversion.”