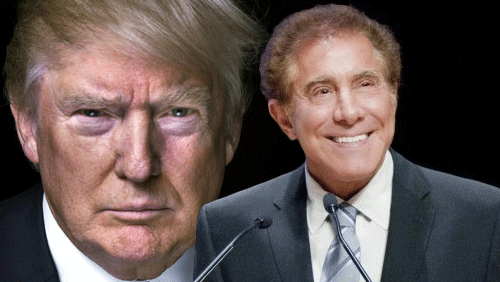 There are no permanent friends or enemies, only interests.

The famous line of former US National Security Advisor Henry Kissinger rings true to the relationship of billionaire casino owner Steve Wynn and President Donald Trump, who find themselves on the same boat after decades of personal rivalry.

Both called each other names in their lifetime. They traded lawsuits and even probably crossed their respective fingers wishing each other’s downfall. In fact, Wynn supported Trump’s rival Florida Sen. Marco Rubio’s GOP presidential campaign by donating $2,700 to the lawmaker and another $5,000 more to a pro-Rubio PAC.

Then the November election happened with Trump beating a more seasoned 2016 Democratic presidential candidate Hillary Clinton. Within months, Wynn and Trump find themselves on the same side of the fence.

The Las Vegas Review-Journal reported that both Trump and Wynn had already let bygones be bygones, especially after the casino mogul was appointed finance chairman of the Republican National Committee at the behest of his decade old rival.

Prior to his appointment in the RNC, Wynn was named as a vice chair on Trump’s inaugural committee, which raised close to $100 million.

Wynn, on the other hand, cracked the whip on designer Tom Ford by booting his boutique out of Wynn Las Vegas after the latter expressed that he would not design clothing for First Lady Melania Trump.

“Here in Las Vegas, political party affiliation doesn’t mean” as much as it does in other areas, noted former Nevada Republican Men’s Club president Jim Lamb. “It’s mostly alliances to individuals and whoever happens to be in power.”

Republicans, for their part, hailed the appointment of Wynn to the political party.

“Steve Wynn is deeply committed to Nevada and the Las Vegas community. … We wish him the best in this opportunity. He will surely make Nevada proud,” U.S. Sen. Dean Heller, R-Nevada said, according to the news report.

GOP strategist John Weaver also lauded the appointment of Wynn, saying “I know Steve. He loves America. No one will work harder or more effectively. I think it’s an inspired and brilliant choice.”

Consumer advocate Ralph Nader was less enthusiastic. “Since Donald Trump seems to be playing Russian roulette with America, it’s fully consistent that he needs the restraining hand of a truly successful gambling czar,” Nader said, according to the news website.