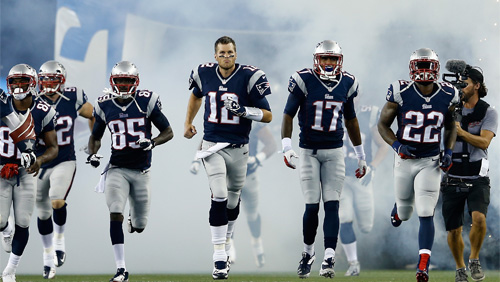 The New England Patriots overcame losing quarterback Tom Brady for the first four games of the 2016 regular season, going 3-1 straight up and against the spread. The Patriots have gone 13-1 SU and 12-2 ATS since Brady’s return – the best in the NFL during that stretch – prompting oddsmakers to open them as three-point favorites in Super Bowl 51 over the Atlanta Falcons.

New England is making its record ninth appearance in the big game and has earned a split in the team’s previous eight trips, going just 1-4 ATS in the last five. Meanwhile, Atlanta is headed to the Super Bowl for only the second time, losing to John Elway and the Denver Broncos 34-19 in the second of their back-to-back titles following the 1998 season.

The Falcons closed as 7.5-point underdogs versus the Broncos, and they are 3-8 SU and ATS as

underdogs in the playoffs dating back to 1991, losing five in a row.

However, the Patriots have not fared well in the role of Super Bowl favorite recently, failing to cover four straight under that scenario despite winning two of those games. Their last six Super Bowl appearances have all been close, as each of them were decided by four points or less, including the two losses to the New York Giants.

The key storyline in this Super Bowl 51 matchup centers around the two quarterbacks, with Brady squaring off against Atlanta’s Matt Ryan, who is the frontrunner to be named NFL MVP for the first time in his career. Brady has won that award twice in his illustrious career but did not win the Super Bowl either season, claiming the Super Bowl honor three times in New England’s four wins (Deion Branch won the other time).

No regular-season MVP has won the Super Bowl in the same season since Kurt Warner of the St. Louis Rams after his breakthrough 1999 campaign, something for bettors to consider.

How those two signal-callers perform will ultimately determine not only who wins the Super Bowl but also whether the record-breaking total goes over or under. The over has cashed in eight straight games for the Falcons along with six of the last seven for the Patriots when playing teams with winning records, which is obviously the case here.