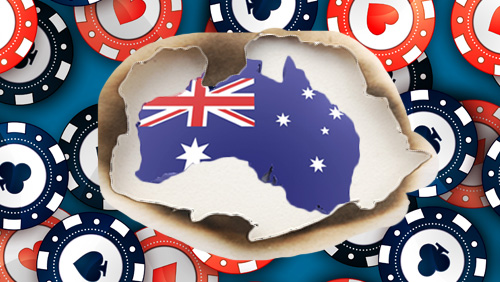 The Australian Online Poker Alliance is building up a head of steam as they try to put pressure on politicians to change the wording in the proposed Interactive Gambling Bill that if passed would spell the end for online poker in Australia as they know it.

Seven months later and he laid down his plans, submitting the Interactive Gambling Bill 2016 to Parliament, containing wording that would effectively ban in-play betting apps, and bring the hammer down on international poker operators, because the wording would deem online poker a form of in-play betting.

PokerStars reacted to the news by informing their Australian based online poker players that they could leave the market if the bill received the thumbs up. Earlier this month, 888Poker decided it wasn’t worth the wait when they withdrew.

Part of Tudge’s plan to create law and order in Australia’s gambling business was to create a rogue’s gallery of international operators refusing to play ball in what would be a black market.

With PokerStars et al. trying to get a foothold in the American market or consolidating what little traction they have, and threats of $1m per day fines from the Australian Communications and Media Authority (ACMA), who could blame them?

Also, it’s smart to play ball with Tudge and Co because the Aussies happen to be the biggest gambling badasses per capita in the world, so that’s a market you do not want to miss if you make your EBITDA rolling the dice and stuff.

With the online poker rooms doing an Iron Maiden by running to the hills, it’s fallen to the players to do something about it. In December, a few irate Australian poker players started a 2+2 thread which has since turned into a mini-revolution.

The Australian Online Poker Alliance (AOPA) is Australia’s version of America’s Poker Players Alliance (PPA), and they are following the same model.

AOPA is urging poker players, and supporters of poker, to bombard their local politicians with messages of support for the game. AOPA’s message is a simple one. The new bill is not about online poker, but the wording within the bill means poker will be caught in the crossfire. The AOPA wants the bill amended with online poker being dragged out of the furnace before the whole market goes up in smoke.

If you want to help AOPA, then there are several ways you can do so.

You can use this standard template to advise your local politician of your concerns.

You can sign their petition thru change.org. At the time of writing, there were 1,597 supporters, and the goal is for 2,500 signees.

The World Series of Poker (WSOP) Main Event Champion, Joe Hachem, told PokerNews that the proposed legislation made him ‘sick to his stomach’ and said it was ‘truly embarrassing’ that Australians can make sports and horse racing bets but cannot play online poker.