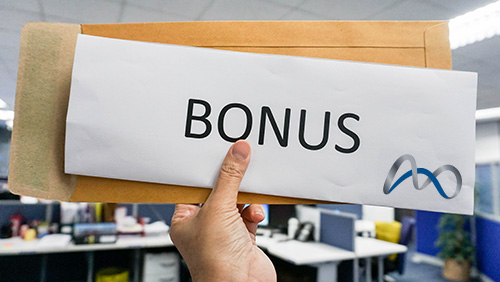 Lawrence Ho’s Melco Crown Entertainment is the latest casino operator to announce a bonus for its staff.

The casino developer declared last Tuesday that I is giving a “one-month discretionary bonus” for its non-management staff, although it did not give details on how many workers were eligible for the payment or the aggregate amount involved.

“The bonus will be paid out before the Chinese New Year,” the company said in a statement.

Melco Crown Entertainment saw its revenue rise 22 percent to $1.15 billion in the third quarter of 2016, thanks to contributions from its new Studio City property in Macau as well as a strong performance by its City of Dreams Manila integrated resort. Ho attributed Melco Crown’s “many good results in 2016” to “the continuous support and dedication from all of our colleagues.”

“With the refined management structure, more efficient operations and the innovative, best-in-class hospitality offers in our three properties in Macau, I am confident 2017 will be another promising year for the company as well as for our colleagues,” Ho said in a statement.

Melco Crown is the fourth Macau casino operator to announce a bonus for staff this year.

Casino developer and operator Melco Crown Entertainment Ltd on Tuesday announced a “one-month discretionary bonus” for its non-management staff. Melco Crown is the fourth of Macau’s six casino operators publicly to announce a bonus for staff this year.

Last week, Wynn Macau confirmed it is giving a “winter bonus,” equivalent to one month’s salary, to employees who have served at least six months of service up to December 31, 2016. SJM Holdings also announced the continuation of its yearly “living subsidy,” which is equivalent to either one-and-a-half months of annual pay or two months of pay, depending on the worker’s salary grade.