Revenues of Asian casino operator Melco Crown Entertainment Limited rebounded by 17 percent in the second quarter due to a vibrant gambling activity in the City of Dreams Manila, offsetting the lackluster performance of its casinos in Macau. 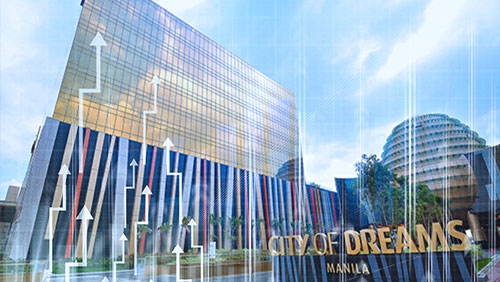 Melco Crown’s net revenue for the April-June period rose to US$1,070.4 million compared to the US$916.8 million it registered on the same period in 2015.

In a statement, Melco Crown Chief Executive Officer Lawrence Ho attributed the better-than-expected second quarter earnings of City of Dreams Manila which is up 36.3 percent to US$120.2 million compared to the US$75.0 million in the second quarter of 2015.

“We believe that the Philippines gaming market will continue to show robust growth as the country’s economy rapidly expands, infrastructure continues to improve and the Government retains its strong commitment to supporting domestic and international tourism,” Ho said in a statement.

“Studio City, our second integrated resort in Cotai, Macau, which opened in late 2015, is still in its ramp-up phase and positioned for further increased revenues and profitability in the future as the property builds a strong customer database through its unique entertainment offerings which attract an increasingly Cotai-based mass market customer,” he said.

The 20% year-over-year improvement in adjusted property EBITDA was mainly attributable to the contribution from newly-opened Studio City and fully-operating City of Dreams Manila.

“We delivered a 20% year-over-year increase in adjusted property EBITDA during the second quarter of 2016 as a result of our commitment to controlling costs and increased exposure to the higher margin mass market segment in Macau, together with a strong performance at our integrated resort in Manila,” he said.

On the hand, the Nasdaq-listed company predicted that the mass market segments in Macau will continue to improve as the former Portuguese colony “evolves into a multi-faceted, mass market-focused destination.”

That being said, Melco Crown’s Macau City of Dreams and Altira Macau revenue remains anemic in the second quarter.

For the quarter ended June 30, net revenue at City of Dreams was US$629.9 million, a decline of 3.7 percent from the prior-year period. The property generated adjusted EBITDA of US$177.7 million in the second quarter of 2016, broadly flat from a year earlier.

Rolling chip volume totalled US$9.9 billion for the period, versus US$11.1 billion in the second quarter of 2015. Mass market table games drop decreased 13.4 percent year-on-year to US$1.03 billion.

Net revenue at Altira Macau was US$98.7 million, down 31.4 percent from the prior-year period. The property generated adjusted EBITDA of US$1.7 million, compared to US$6.5 million in the comparable period of 2015. Rolling chip volume reached US$4.2 billion in the three months to June 30, down 35.4 percent from a year earlier.