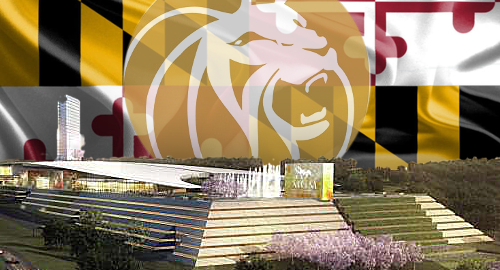 Figures released Thursday by the Maryland Lottery and Gaming Agency show the state’s six casinos generated revenue of just under $133.5m in December, easily eclipsing the previous record of $104.4m set last May by the state’s other five casinos. The monthly total was up 40.2% year-on-year, but down 3.8% if you factor National Harbor out of the equation.

MGM’s National Harbor was full to capacity within one hour of its grand opening on December 8, and the property generated a healthy $41.9m in revenue ($24.3m slots, $17.6m table games) in its first 23 days of operation.

That wasn’t enough to usurp the state’s unquestioned market leader, Maryland Live, which reported $48m ($31m slots, $17m tables) for the month. However, this total was down 11.4% from December 2015 and 4.4% less than the property earned in November 2016.

Maryland Live handily withstood an earlier challenge presented by the state’s other new kid on the block, Caesars Entertainment’s Horseshoe Casino Baltimore, which opened in August 2014. But we’ll have to wait a few more months until the National Harbor opening hype dies down to learn whether there’s truly a new sheriff in town.

Maryland Lottery and Gaming Director Gordon Medenica said December’s figures had left the agency “tremendously enthusiastic about the future of Maryland’s casino program.” Medenica said the other casinos’ performances were “in line with our expectations” and that future months would allow each venue to “establish its unique presence in the marketplace.”

The Bellagio’s Mayfair Club has to close due to positive Covid-19 case
Derek Tonin
19 June 2020
.