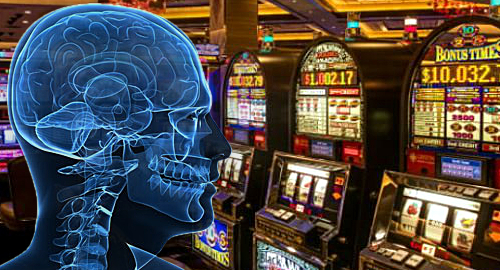 New research suggests that images of gambling activity can produce reactions in the brains of problem gamblers that mimic the cravings experienced by drug addicts.

On Tuesday, University of British Columbia (UBC) researchers released the findings of their study into an area of the brain known as the insula and its relation to behavioral addictions. The findings, published in Translational Psychiatry, offer hope that treatments targeting this area of the brain could have benefits for individuals who struggle to control their gambling activity.

The study involved 38 individuals, half of whom had been previously diagnosed with pathological gambling disorders. The participants were shown photos of gambling activity as well as unrelated photos while undergoing a magnetic resonance imaging brain scan.

The 19 problem gamblers reported a higher level of craving when shown the gambling photos, and their brains showed increased activity in the insula and parts of the frontal cortex, areas that have been linked with craving and self-control in drug addicts.

Study co-author Luke Clark, director of the UBC’s Centre for Gambling Research, said being able to control one’s response to certain cues, such as a slot machine’s lights and sounds, is “a crucial part of avoiding relapse.”

Clark suggested treatments targeting the insula, possibly through the use of naltrexone, could help reduce gambling cravings. Naltrexone, which is already used to wean alcohol and heroin addicts off their drug of choice, has been tested in the UK and Australia to determine its ability to curb problem gambling behavior.

A separate study published last year in Social Neuroscience showed similar reactions in the brain’s ‘reward center’ by a group of devout Mormons when exposed to religious imagery and quotes from religious leaders. That study’s senior author, neuroradiologist Jeffrey Anderson, said similar findings have been produced in studies looking at individuals experiencing romantic or parental love, appreciation of music and winning at gambling.

But not all individuals respond to the same stimuli or to the same intensity, adding more weight to the growing acceptance that some individuals are genetically more predisposed to respond to certain stimuli, be it gambling, religion or politics. The belief that problem gamblers are ‘born that way’ also goes a long way toward explaining why rates of problem gambling have remained more or less constant despite significant expansions in gambling options in recent decades.