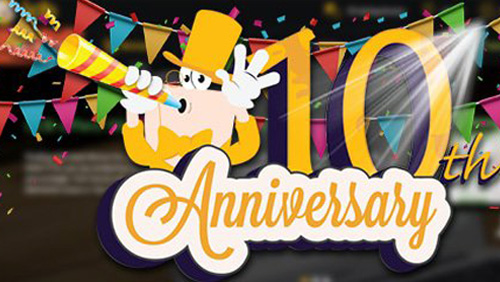 By now, you know the name: LatestCasinoBonuses. Acting as a watchdog over the online and land-based casino industries, it is better known as ‘LCB’ by its loyal members. The comprehensive gambling guide breathed its first virtual breath back in 2006, making this year its 10th anniversary. Since its inception, it has come a long way, experiencing a series of accomplishments, and undergoing its transformation into a household name among the gambling community. It all began with one man, who later formed an incredible team.  Having graduated from college in 2000, the Australian-born Joshua Chan, aka the founder of LCB, began working 12-hour days as a Flash Developer for an online company in its early days, quickly amassing the experience needed to follow his dream of establishing a business of his own.

The LCB team pushes forward with one mission in mind: to bring more value to the player. In its efforts to do just that, the site commits its pages to providing detailed gambling information, which a dedicated team has gone through with a fine-tooth comb to ensure its relevance and accuracy. It also prides itself on being a primary source for unbiased feedback from average players, allowing visitors to breathe easy, knowing they are receiving honest opinions from players just like them.

To equip users with the necessary information to make the most educated gambling-related decisions, the site delivers more than 1,000 reviews of online casinos, each providing a thorough summary of the truth behind what each has to offer, rather than some cookie-cutter version of it. In addition to casino reviews, users are also able to access more than 3,500 casino bonuses, hundreds of casino representatives on the forum, plus thousands of free games, and tournaments.

To celebrate its 10th anniversary, the site will be giving its loyal members who have come along for the ride, a chance to double up on winnings! Members are familiar with the site’s monthly contest, which awards a series of winners their share of a $250 prize pool in chips. To mark this tenth year, the monthly occurrence will temporarily become the LCB 10th Anniversary Contest, and winners will share a doubled prize pool of $500 in LCB chips.

There’s no question as to whether or not LCB has been successful. It is now regarded as an award-winning site, having been named the iGB Best Casino Affiliate for 2013 and 2014, along with iGB Best Overall Affiliate in 2014 as well. Today it has grown from just one man, to a dedicated team, consisting of a series of managers, developers, editors, content writers, moderators, web designers, and other essential individuals. Some significant highlights for the team over the years, include a record-breaking number of members and guests in one day, reaching 21,727, not long after the site’s launch. Additionally, the team launched three partner sites in 2009: latestbingobonuses.com (LBB), latestsportsbonuses.com (LSB), and latestpokerbonuses.com (LPB). Each of these sites can be launched directly from LCB, and provide the same kind of comprehensive gambling guide designed for bingo, sports, and poker players.

Today, LCB has become a haven for more than 90,000 registered members, and has further partnered with 75 online casinos. It has seen success after success since its debut back in 2006, particularly due to its hardworking team, which works tirelessly and creatively to maintain the site’s overall mission of bringing the utmost value to the LCB player. As the site’s Chief Content and Land Casino Manager so adequately put, “LCB’s achievements do not come down to ‘me’ or ‘team’, it’s the ‘us’ that has led us to our triumph.” Indeed, it has been a combination of employees and members which have helped catapult the online casino guide to its continued success.

In light of the anniversary at hand, some of the LCB team has taken the time to reflect on their time with the company:

“All I can say how time flies… It almost seems like another lifetime – so surreal those early beginnings feel…. I was the first guy that LCB Admin (Josh) hired to be the forum moderator and a blogger. I slowly worked my way up to become the 2nd man in the company and a business partner. Back then, it was just him, a programmer and me. Now we have over 40 people worldwide!

“I am grateful for the opportunity given by Josh and I know he is grateful to have me. We are grateful to have such an awesome team that helped us build this little empire of ours.  10 years is a long time (9 and a half for me), and I feel honored to be part of this great team of highly capable and dedicated individuals, who have brought the site from its humble beginnings to where it is now.

“I thank you all and I thank all our loyal members from the bottom of my heart.” –Nikola Zugic, Co-CEO

“…I started working at Latest Casino Bonuses late 2010 after working as a casino affiliate manager for 2 years. The shift from the casino operator side to affiliate was an easy transition and enabled me to fall into my marketing role pretty easily. Its been an honour to be part of the LCB team for the past few years, the LCB team are really awesome to work with and we are all so proud to be part of something that has accomplished so much. We always strive to push the boundaries, reinvent and maintain our solid base as one of the top industry leaders. Our community is the heart and soul of LCB and without them 10 years wouldn’t have been as fruitful and lets face it, it would have been a little lonely. Heres to another 10, 20, 30 years!– Melanie, Marketing Manager.

“Wow, it’s been quite a ride, from humble beginnings 10 years ago when we only had one rather humble site. I wasn’t working for LCB from the beginning. I pursued a job in civil engineering at that time, but I was around watching how our community grows. It’s a great feeling to be part of the company that after a decade of existence still stands for the same principle it has been founded upon, and also to be part of the same awesome community.” -Vladimir Zdravkovic, Slots & Content Manager

It’s clear that the LCB network has developed a close-knit community and holds dear to the heart of many. A big congratulations is in order, and both the team and its members can only look forward to the fun, and unique ride which lies ahead. Here’s to another ten years!