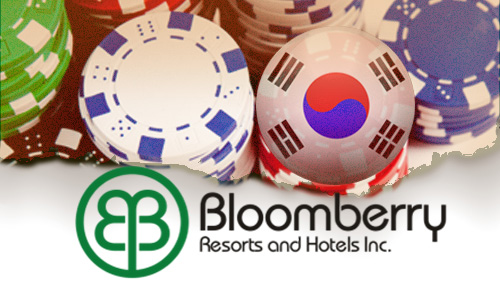 Philippine casino operator Bloomberry Resorts is putting the sale of its interest in Jeju Sun Hotel & Casino in South Korea at the back burner after its supposed buyer has ran out of money.

The Philippine Daily Inquirer quoted Bloomberry chair Enrique Razon Jr. saying that the sale of the casino on South Korea’s Jeju island fell through. The casino magnate, however, did not elaborate on his statement.

“We had a sale already done but it fell through,” Razon told reporters at the sidelines of the Pilipinas 2016 Conference on Thursday, adding that the buyer had run out of money.

Bloomberry has entered into an agreement to sell Jeju Sun to Macau junket investor Iao Kun Group Holding Company (IKGH) for KRW 117.5 billion (US$102.6 million). Analysts said the move to sell Bloomberry’s assets in Jeju Island will help eliminate the financial drag on its operations.

IKGH earlier said that the acquiring Jeju Sun is an “optimal way to diversify outside of Macau,” noting the potential of VIP operations on the island to grow rapidly. It will also make IKGH the first Macau gaming operator to have a gaming license in Jeju.

But signs of Jeju Sun sale breakdown became visible after IKGH director Jim Preissler announced that his company was having trouble arranging financing for the $102.6m deal in September.

Despite the breakdown of the talks, Razon pointed out that they are “not in a hurry” to look for new buyers now as business was slowly starting to pick up in Jeju.

Meanwhile, Bloomberry is reaping the rewards from President Rodrigo Duterte’s pivot to Beijing.

Razon announced that Chinese arrivals at its Solaire casino in Manila swelled by 140% in November and 80% in October compared with the same months last year.

The increase in Chinese arrivals at Solaire could further improve Bloomberry’s earnings, which has seen a turnaround this year.

“You can more or less attribute that directly to the improved [bilateral] relation,” he told reporters on Thursday.