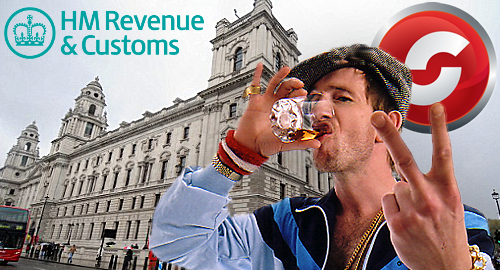 UK-listed gambling operator Sportech got an early Christmas present after finally prevailing in its seven-year, £97m fight with the UK taxman.

On Thursday, Sportech announced that the UK Supreme Court has refused to hear the appeal of Her Majesty’s Revenue & Customs (HMRC) over a value added tax (VAT) repayment relating to Sportech’s Spot the Ball game.

The case dates all the way back to 2009, when Sportech’s Littlewoods subsidiary realized it had paid £40m in VAT on its Spot the Ball game over a 17-year period before realizing that games of chance weren’t subject to VAT. HMRC rejected Sportech’s request for a refund plus interest, and the two sides quickly lawyered up.

In 2013, won its case at the First Tier Tribunal Chamber, which HMRC appealed. In 2014, the Upper Tribunal ruled in favor of HMRC, and Sportech was forced to return the £97m it had received only three months earlier.

This May, the Court of Appeal sided with Sportech, sending the £97m back into Sportech’s accounts. But HMRC asked the court for permission to appeal to the Supreme Court, which has now been rejected, bringing this interminable saga to a close. The Court also ordered HMRC to pay as yet undetermined court costs.

With the matter now closed, Sportech revealed that it could be in line to collect much, much more off HMRC. In 2009, Sportech submitted a claim to receive not just simple interest on its VAT overpayment but compound interest. Sportech says it doesn’t have a precise estimate of what this compound interest could total, it suggests “it could more than double the sum receivable to date.”

Sportech says the compound interest claim is on hold pending the outcome of a Littlewoods Retail Ltd case against HMRC that is scheduled to be heard by the Supreme Court next July.

Sportech appears intent on closing out 2016 on a winning note. November saw the company’s Sportech Racing and Digital division awarded a new contract with Tote Ireland to boost the pari-mutuel betting technology at the Republic of Ireland’s 26 racetracks. Sportech and Tote Ireland have had a relationship since 1999.

This week, the Racing and Digital division announced a new deal to provide pari-mutuel betting technology for Kentucky’s Ellis Park racecourse. The new relationship will officially commence in January.