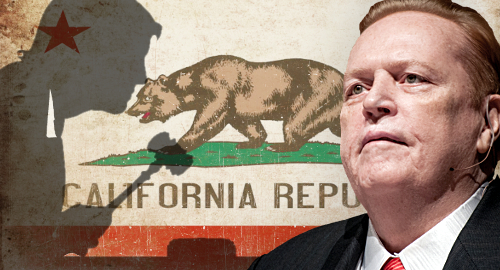 The California Business and Professions Code 19858 prohibits state residents who hold cardroom licenses from investing in out-of-state entities that operate casino-style gambling, even if these casinos are located outside the United States.

The lawsuit (read it here) offers some backstory on the reasoning behind this prohibition, citing a 2001 report by an independent state oversight agency that examined the ownership limitations. The restriction was intended to “keep organized crime out of California” but the report concedes that crime would or would not be present “regardless of the ownership of the club.”

The lawsuit quoted the then-chairman of the state Gambling Control Commission saying that the restriction was no longer valid “because publicly traded casino companies are effectively regulated in other states.” The report called Section 19858 “an anachronistic attempt to protect public safety” and said it would be “illogical” to keep the law on the books.

The suit notes that in 2000, California voters approved a ballot initiative that permitted casinos on tribal lands with no ownership restrictions. Since then, out-of-state entities that engage in casino gambling activities have been allowed to manage or finance casinos on tribal land, while Flynt is prevented from involvement with casinos in other jurisdictions.

The lawsuit says Section 19858 violates the US Constitution’s (a) Commerce Clause by discriminating against California gaming licensees, and (b) Due Process Clause by preventing the plaintiffs from engaging in a profession of their choosing.

Joining Flynt as plaintiffs in the suit are Haig Kelegian Sr. and Haig Kelegian Jr., who together hold ownership stakes in the Bicycle Club, Commerce Casino, Club One Casino, Crystal Casino and Oceans 11 card rooms.

All the plaintiffs claim to have suffered harm by being prevented from investing in out-of-state casino opportunities. They’re seeking injunctive relief from the unconstitutional statutes as well as attorneys’ fees and court costs.