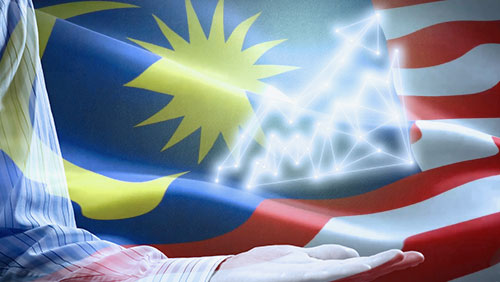 Gaming operator Berjaya Corp Bhd is punting on its Asian neighbors to bring in the profits as the Malaysian government refuses to budge from its sports betting stand.

In an interview with reporters in Japan, Berjaya founder Vincent Tan said they remain “hopeful that the government will relook its stand on sports betting in the country, as well as break the monopolies in the casino and pay television markets.”

“Ascot Sports Sdn Bhd is still there, we have first right of refusal,” he told reporters on the sidelines of the Four Seasons Hotel and Hotel Residences Kyoto’s official opening in Kyoto, according to The Sun Daily.

Ascot, which Berjaya bought in 2010 for $163.9 million, had been approved for the reissuance of a license to carry out sports betting operations by the Ministry of Finance in 2010—before the government decided against allowing sports betting in the country.

There has been calls for the Malaysian government to legalize online gambling in the state, especially after its neighbor Singapore finally allowed online gambling—albeit in a far more limited form—in the city state.

For now, Berjaya is looking beyond its home country for growth.

Tan said Vietnam could “potentially be one of its biggest contributors in the future,” along with China, Japan and the Philippines. Berjaya rolled out its first lottery product in Vietnam in July, after six years of wrangling with the Vietnamese government.

“Right now, we have one game only (in Vietnam). We aim to launch 10 to 12 different games. We will introduce four to five games in the first year, and another four to five games in the following year,” he said, according to the news outlet. “The lottery business is a very important component of our group. We have operations in Malaysia, Vietnam and the Philippines and we hope to do more in other countries although it may be tough and expensive.”