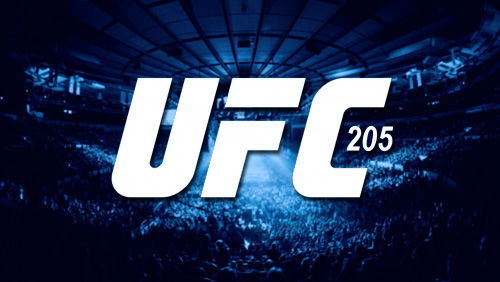 I already spent a ton of word space doing a deep dive on the scintillating main event of UFC 205 with Conor McGregor and Eddie Alvarez. Here are the rest of the picks, which have much more to do with value than anything else. If Dana White has made anything clear with his matchups for this mega card at Madison Square Garden, it’s that he wants close fights. And all but one of these bouts is a genuine toss-up. That provides plenty of earning potential for you MMA betting junkies.

There are a lot of people who don’t think that Tyron Woodley deserves to be champion, and the oddsmakers are among them. All of this vitriol against Woodley has created a humongous chip on his shoulder, which is pretty much the only reason to bet on him.

I’m not as down on Woodley as many others are. I think he’s wildly entertaining, and he’s brutal when he takes a fight to the mat. Truth be told, I think that Thompson wins the fight because he’s just so good at picking opponents apart using his fists and feet, but I’m willing to take a chance on the champ.

My faith in Woodley is less about taking a chance here. I think his career would’ve gone in a wildly different direction if he didn’t lose a split decision to Jake Shields at UFC 161 in 2013. The fact is that he’s always been really, really good and I’m willing to stand on the wrong side of the tracks and get run over to prove it.

Thompson is incredible and at 13-1, his record speaks for itself. But you can easily make the argument that he has never faced someone like Woodley. His last three wins have come against opponents who are 6-12 combined in their last 18 fights. He owns a decision victory against Rory McDonald, whom Woodley lost to, but there’s a part of me that still needs to see Thompson go up against the best of the best to really back him sincerely as a -200 favorite.

Woodley has been up against the doubters his entire career. On the biggest stage of his life, on the biggest card in UFC history, I’m more than happy to gun for value here and stand by him.

I’m not even remotely kidding when I say that Jedrzeycyzyk is the best female fighter on the planet. Even the FUC has her ranked as the 8th best fighter in their pound-for pound rankings. Her opponent is undefeated heading in to this fight, which is why she deserves to be on the card to begin with, but there’s just no sense in betting against the champ.

There’s always a puncher’s chance when an underdog poses some tempting value, but it’s a bit different in the women’s strawweight division. It’s increasingly difficult to knockout fighters in this category simply because a lot don’t possess the requisite power. Given that the Polish Princess has only knocked out one opponent in her entire career, I’d say that it’s better to make whatever money you can off of  Jedrzeycyzyk.

Simply put, Donald Cerrone deserves way better than this. He is the workhorse of the company and has already fought in three fights this year with flat out destructions of Alex Oliveira, Patrick Cote and Rick Story. If Cerrone can win yet another fight, there’s no doubt that he will be deserving of a shot at the winner of Woodley-Thompson. It’s an injustice that he doesn’t get more credibility in the UFC considering how much he fights for them.

All this being said, if you’re willing to dance with the devil, then Gastelum isn’t a bad choice. At just 25 years old, Gastelum is a really dangerous fighter who has simply struggled to find his place in the UFC. He’s struggled to make weight before finally landing in the welterweight division, and his only losses were split decisions.

One of those was against Woodley, making him the perfect gateway for Cerrone. It’s perfectly acceptable to bet on Gastlum here in an effort to get ahead of the curve, but I just prefer Cerrone.

Listen, you just don’t bet against Chris Weidman. There’s a big chance that he’s still the best middleweight on the planet, and having a year to think about his title loss in December of 2015 is as much of a motivating factor as you can get. Weidman has battled a neck injury over this past summer, but when you get odds on a former champion like this you have to take it. This is one of the best, tight lines to bank on in all honesty.

Yoel Romero is a great talent, but there are tons of questions about his last fight, which resulted in a split decision victory over Ronaldo Souza. Almost everyone had Souza winning that fight, and to make matters even muddier for Romero, he tested positive for growth hormone-related substances after the fight.

I’m not saying that the guy took performance enhancers, but if he spent the last year of his life trying to clean out his body, there’s no telling what kind of actual shape he’s in. Compound that unknown variable with the fact that he’s fighting a guy like Weidman, and this line is a gift from the oddsmakers.

I’m merely taking a chance that the pressure here is too much for Tate. I’m a big supporter of hers, and was ecstatic (albeit shocked) that she won the Bantamweight Championship. Overall, Nunes is a much better fighter so I wasn’t shocked that she lost. But make no mistake – all of the focus is on Tate in this one.

Beyond that I think that Pennington is a perfectly capable fighter. They’re much more evenly matched than the odds suggest, and have the same strengths on the ground as the other. So all things being equal, Pennington simply represents a bigger payout on less risk.

Are you going to bet against the guy from Jersey fighting at Madison Square Garden?!