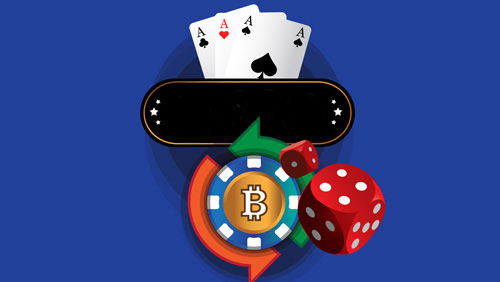 Pragmatic Play is the latest casino game provider to join the bitcoin casino site, which also features titles from suppliers such as Microgaming, NetEnt and Betsoft. As part of the deal, the Pragmatic games will also be available on BitCasino.io’s sportsbook partner, Sportsbet.io.

Silk Road is coming to a big screen near you. Soon.

Producers Joel and Ethan Coen have reportedly signed up to write a screenplay for a film, tentatively titled “Dark Web.” The movie is about Ross Ulbricht, the 32-year-old Texan who was convicted in 2015 in connection with running what authorities described as one of the most sophisticated and criminal marketplaces on the Internet.

According to The Hollywood Reporter, the “true story” project is based on a two-part Wired magazine article that centers on Ulbricht and “was once described as Coen brothers-esque for its similarities to Farco.”

Currently, Ulbricht is trying to overturn his conviction and life sentence. This time, his lawyers are focusing on what they claimed as the U.S. government’s “calculated failure” to disclose the full extent of its federal agents’ misconduct until after the trial ended. The Justice Department revealed more than a year ago that two federal agents, who worked for the Drug Enforcement Administration and Secret Service, had stolen thousands of dollars worth of bitcoin from Silk Road.

Ulbricht ran the website under the name Dead Pirate Roberts between 2011 and 2013, when he was caught red-handed by a law enforcement sting in a San Francisco coffee shop. He was found guilty by the Manhattan jury on seven charges, including drug trafficking, money laundering and a whole host of other cyber crimes. He faces a lifetime behind bars without possibility of parole when sentencing was handed out in May 2015, which his lawyers called “unconscionable.”

Bitcoin opened Monday’s trading on a high $639.81 price per digital currency, with a trade volume of $17.97 million.