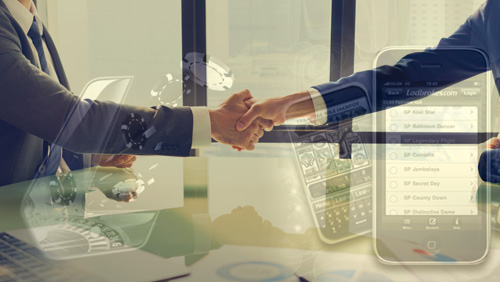 UK bookmaker Ladbrokes extends their portfolio of virtual products through their relationship with Inspired Gaming and temporarily drops their eSports market from their sportsbook.


Back when gambling was more important than feeding my son, I was a sucker for a system. I was the guy at the end of the email chain signing up for the next big secret that would make me millions.

Like the time I had a Greyhound Martingale system and reached the bookies betting limit before I could claw back my money. Or the time when I got into arbitrage betting and came home one day to realise one bookmaker had failed to put any of my bets on.

And then there was virtual football.

The theory was that every team in the virtual league would draw at least three games per season. The system was to wait until Week X and continue to back the team with fewer than three draws to draw using the Martingale method. And then one night I fell asleep and missed a few draws costing me a fortune.

The benefit of virtual football was it never ended which suited a degenerate like me down to the ground. Once a league season ended a new one fired back up. It wasn’t a particularly interesting thing to watch. There was no game action, just the scores flashing on the screen like the early versions of Football Manager.

Ladbrokes have this week partnered with Inspired Gaming Group to improve on their virtual products, and Rush Football Live looks the dog’s bollocks.

Ian Darke delivers top-notch commentary and the gameplay, while not exactly FIFA 2017 standard, is great to watch. Ladbrokes head of product and commercial, Richard Poole, talked about their delight at increasing their portfolio of products through Inspired and who can blame him.

Inspired’s content is available on mobile via the company’s Virgo RGS. Ladbrokes aren’t the only bookie to see the value in virtual sports. Paddy Power also expanded their virtual games selection through their relationship with Inspired.

Inspired, who were acquired by Hydra Industries for £200m in the summer, recently signed a deal with LT Games to supply their suite of virtual reality games to casino operators based in Macau.

Rush Horses will be the first product released in Macau. Mike Tyson Rush Boxing will follow, with Rush Football finishing off a triumvirate of excellent products.

Lad’s might have a superb virtual market, but they no longer have an eSports market.

It was the eagle eyes at eSports Betting Report who noticed that the online bookmaker had pulled eSports off the virtual shelf.

Ladbrokes offered markets for Counter-Strike: Global Offensive, Dota 2, League of Legends, StarCraft 2 and even World of Tanks. Lads even went as far as to offer in-play markets for Dota 2 events.

The timing may seem unusual with the League of Legends World Championships currently underway – the winner of which will net a $1.658m first prize – but we reached out to Lads, and it’s all good news for eSports punters.

“We have been in the process of upgrading our eSports product. At no point have we decided to stop taking these bets and we will shortly have more markets available to all our customers.” Said a Lad’s spokesperson.