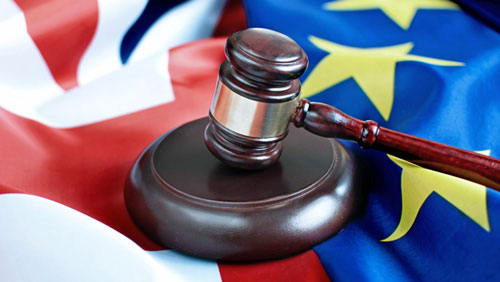 The Gibraltar Betting and Gaming Association (GBGA) is restarting its bid to overturn UK’s point-of-consumption tax (POCT) at the European Union’s top court.

UK implemented its 15 percent POCT in December 2014, shortly after GBGA launched a preemptive legal battle. The association believes the POCT discriminates against Gibraltar-licensed UK-facing operators and was primarily intended not to protect UK punters from alleged harm, but to boost the UK government’s coffers.

The UK High Court, which sided with the GBGA, sent the case to the Court of Justice for the European Union (CJEU) in Luxembourg since the case raised a number of issues related to the European Union law. In particular, CJEU is being asked to clarify Gibraltar’s status within the UK, such as if Gibraltar and the UK should be treated as a single member state when applying EU law.

THE GBGA believes that the 15 percent levy is “an unlawful restriction on the supply of services to the UK,” because it is forbidden under Article 56 of the Treaty on the Functioning of the European Union. However, Article 56 is applicable only to individual member states, which prompted the UK government to question whether Gibraltar status as a British-owned territory means that it doesn’t meet the requirements of the law.

In an interview with eGaming Review, Olswang partner Dan Tench, who represents GBGA, expects that it would take around six months before the EU court comes out with a full judgment.

Should the CJEU rule that the POCT is incompatible with EU law, the UK government would be required to scrap the tax and refund the hundreds of millions of pounds it will have collected. A spokesperson for the UK’s revenue agency expressed confidence that the POCT would triumph at the CJEU, saying the High Court’s judgment “has not found against any aspects of the UK gambling tax regime.”