Professional sports teams making a direct investment in eSports franchises is an unheard of event in the United States. Until now, that is. 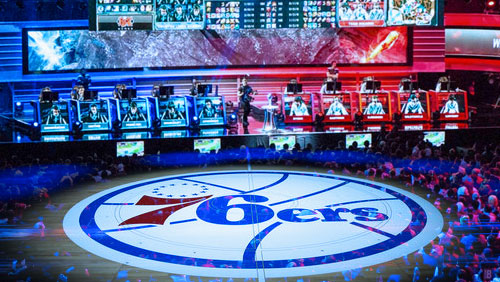 On Monday, the Philadelphia 76ers announced that it has acquired not one, but two eSports teams—Team Apex and Team Dignatas—making the Sixers the first U.S. sports organization to control a professional competitive gaming outfit.

Owners Michael O’Dell and David Slan plan to combine the two eSports franchises under the Team Dignatas banner. The team will compete in League of Legends, Counter Strike: Global Offensive, Overwatch and Heroes of the Storm, while the 76ers will handle player recruitment, marketing and sales, and a host of other day-to-day operations.

The acquisitions were made by 76ers in partnership with venture firm NextEquity. Financial terms of the deal were not disclosed, but Sixers CEO Scott O’Neill stressed that the eSports teams were “a really fun property that we think has a really big upside.

“There is a tremendous opportunity to leverage the infrastructure, resources and experience of the Sixers organization to support these exciting teams… We see our entrance into eSports as a natural extension of our expanding interests in traditional sports and entertainment and are confident that our involvement will accelerate the already rapid pace of growth in eSports as a whole,” Harris said in a statement.