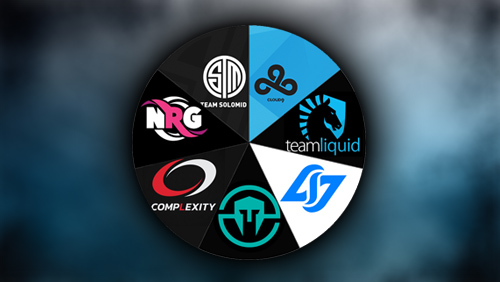 Seven of the top eSports teams in North America agree to form the Professional eSports Association, and the National Association of Collegiate eSports assumes responsibility for youngsters looking to get involved in eSports while studying hard on proper subjects.


I get the feeling that the early years of the eSports business is a little like the Oklahoma Land Rush of 1889. There is no prim and pretty purpose to the way things are developing. Instead, it has this every man or woman for themselves feel to it.

In the latest turn of events, seven North American eSports teams have agreed to form a professional league. It will start in January 2017, and will consist of Team Solomid, Cloud9, Team Liquid, Counter Logic Gaming, Immortals, NRG eSports and compLexity.

It’s called the Professional eSports Association (PEA), and its mission is to put the power into the hands of the franchise owners and players to create the most compelling league and action for the fans.

League organisers have promised $1m in prize money in the first year of operation, and half of that will be up for grabs in the first event of the season. PEA will launch a Counter-Strike: Global Offensive (CS: GO) season that will stretch over a ten-week period, with live matches broadcast twice weekly.

The new league promises to split revenue 50/50 between franchise owners and the players as well as providing other benefits including healthcare, investment planning and retirement packages.

Former Riot Games employee Jason Katz is the PEA’s first commissioner, and his first task was to create a Rules and Grievance Committee consisting of players who will oversee any complaints or issues that arise throughout the league season.

The creation of PEA is good news for the industry. It creates stability, credibility and a sense of professionalism that seems lacking with so many leagues and teams coming and going like the wind. The credibility of the league will also help betting operators who are still figuring out how best to benefit from this burgeoning industry, and so desperately needs it to stay squeaky clean.

National Association of Collegiate eSports Launches in the US

Over 20 education institutions in America have come together to support the growth of eSports by creating the National Association of Collegiate eSports (NAC eSports).

NAC eSports has been designed to support and promote college education in the field of eSports, and the participation of the games that it underpins. Members of NAC eSports are committed to providing their students with the ability to pursue their dreams should being an eSports athlete be on their bucket list, while simultaneously partaking in other, more traditional, educational pursuits.

The new association will also operate an eSports league of sorts. The NAC eSports Invitational will take place sometime in the Spring of 2017, and a regular season of eSports events will duly follow.

Schools can join NAC eSports free of charge, with the only caveat being that they have to demonstrate a commitment to further eSports participation in their curriculum, and commit to participating in the inaugural NAC eSports Invitational.