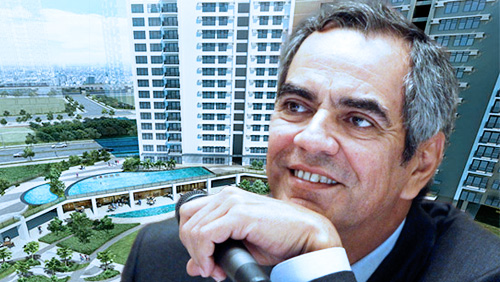 Philippine President Rodrigo Duterte’s all-out war against online gambling has given a boost by no-less than casino mogul Enrique Razon.

Bloomberg reported that the chairman and founder of Bloomberry Resorts Corp. has thrown its support to Philippine government’s campaign to stamp out illegal online gambling in the island nation. He agree with President Duterte’s observation that eGaming parlors have been loosely regulated.

“I think cracking down on this, looking at it from our perspective, helps the licensed casinos,” Razon told the business news website.

Razon remains unfazed the by current administration’s gambling policy as he professed his intention to continue betting big on the Philippines instead of making investments overseas.

The Filipino billionaire earlier announced his plan to construct second casino located in Quezon City by mid-next. The P20 billion (US$418 million) resort is expected to be operational by 2019. Razon’s planned resort will also include shops, a convention center and a hotel.

Meanwhile, Bloomberry has pulled out of a casino investment in South Korea and dropped bid for a gaming license in Cyprus. Jonathan Ravelas, chief market strategist at BDO Unibank Inc. in Manila, pointed out that “Razon is making a bet that President Duterte will deliver on his promises on infrastructure.”

But it is more than just the infrastructure that’s making Razon decide to domestically expand his casino business. During the first half of 2016, Bloomberry saw its total gaming revenue rise by 24 percent while local volumes have grown “quite strongly.”

Tourist arrivals in the Philippines, which surged by 14 percent to 2.98 million in the first six months of 2016 from a year earlier, has spurred the country’s economic activity. Razon expects this trend to continue due to the attractiveness of the local economy.

Like Razon, other investors are building news casinos in Manila as they aim to make the Philippine capital become the next Asian casino hub. In November, Universal Entertainment Corp. Chairman Kazuo Okada will be opening his Okada Manila Bay Resort. Property magnate Andrew Tan and Malaysian billionaire Lim Kok Thay are also building a casino in the city.