As if learning from his experience in Macau, casino magnate Sheldon Adelson is no longer putting all his eggs in a single basket. 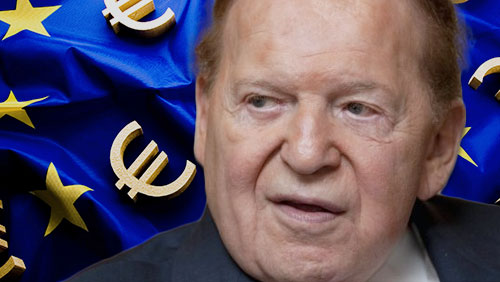 Bloomberg reported that Adelson is now seeking investment opportunities outside Macau as he no longer finds the former Portuguese enclave economically attractive. While he has some ideas for additional growth in China’s premier gaming hub, Adelson said it will not be as grand as the Parisian Macau.

Instead, Adelson is now setting his sights on Macau’s neighboring countries, particularly Japan and South Korea. Adelson was reportedly helping pro-casino groups in Japan to lobby for the legalization of the industry in the island nation.

“We’re aggressively and continually lobbying for other locations throughout the Asia Pacific countries — we’ve been looking at Japan, Korea, Vietnam, Thailand,” Adelson said. “There doesn’t seem to be too much more growth here.”

Adelson is also reviving his lifelong dream of putting up a Las Vegas-like gaming hub in Europe. It would be recalled that Adelson said he was considering building integrated resorts in major European cities, after abandoning a plan for a $30 billion mega-resort in Spain in 2013.

“I do look at Europe, to build a Europe Vegas, but we couldn’t negotiate the kind of terms we needed,” he said.

Sands China was one of the first operators to plant their flag in Macau after SJM Holdings’ monopoly came to a close, so it has four other properties from which it can poach tables. The Parisian, which is Adelson’s newest creation, features a half-size replica of France’s iconic Eiffel Tower, a glitzy, shopping mall, a water them park and other family-friendly activities.

The newly opened integrated resort was specifically targeting mainstream players, with families and children in tow.

When he was asked whether themed resorts might go out of fashion, Adelson said, according to GGRAsia: ““We wouldn’t build a thematic property if we didn’t feel this would truly attract people; in proportionately higher numbers than the non-thematic properties.”

“If there were five properties that were thematic… it would have a disproportionately high, strong effect of attraction for the customers. The more thematic properties you have collectively the better,” he added.