Daily fantasy sports operator Winamax has kicked off its fantasy football in France to signal the start of a regulated fantasy sports in the country. 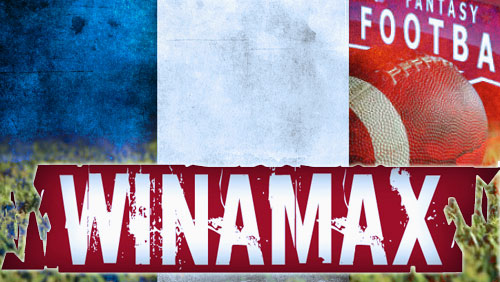 According to Legal Sports Report, Winamax was the first DFS firm allowed by the French government to operate since it decided to regulate the fantasy game in the country. To easily capture the market, Winamax rolled out a fantasy football competition to the die-hard football nation.

Winamax, a regulated market leader in online poker ahead of PokerStars, rolled out its latest product The Coach’s Game in time for the beginning of the French Ligue 1 football season.

Based on the game mechanics, players will be offered a choice of five-a-side or full teams. They will have an initial play-money budget from which they must construct a team consisting of a goalkeeper, defenders, midfielders and forwards.

Points are awarded based on the performance of the team in each position. Game stakes of €2, €10 and €50 are currently available, although higher stakes are expected to be available soon.

To help promote the fantasy game, Winamax tapped former French national team manager Raymond Domenech. Every week, Domenech is expected to choose his own fantasy team and to share his experiences and advice for new players through a blog provided by the company.

France, which only regulates gambling games of skill, was one of the few countries which embraced the DFS in their country.

Before DFS’s operation was approved, France only regulates the main gambling games of skill such as sports betting, horse race betting, and online poker. It didn’t allow online casino games like roulette or slots.

The regulation of DFS in France was pushed at a meeting of Autorite de Regulation de Jeux en Ligne  (ARJEL) board of directors in October 2015. Six months after the meeting, ARJEL published its outline regulations explaining the conditions under which operators could offer DFS.

Based on the conditions that ARJEL set, fantasy leagues must display clear rules and that it is clear to the participants on how points are calculated. The regulatory body also wants operators to assure that the rankings are accurate.