Corporate bookies’ lobby group Australian Wagering Council (AWC) – or what’s left of it – is trying to pick up the pieces months after the departure of Britain’s biggest bookmaker William Hill and Ladbrokes. 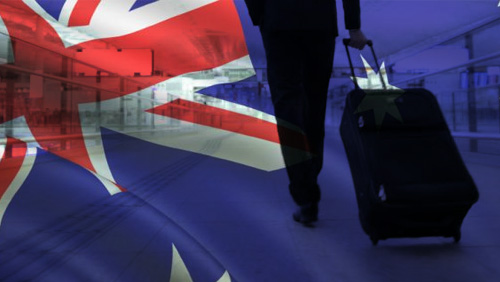 The Australian reported that AWC is disbanding its current form months after the two betting operators decided to ditch the group, leaving the organization with “less representative.”

Ladbrokes was the sportsbook to leave the peak lobby group for foreign-owned corporate bookmakers. In June, Hill left the organization following the group’s failed bid to convince the Commonwealth toallow online in-play betting to continue.

At present, the remaining members of AWC areSportsbet, bet365, Unibet and Betfair.

Ian Fletcher, Chief Executive Officer of AWC, said that there’s a consensus that the group should disband in order to pave way for a “wider, renewed, trade body.” He admitted that Hill’s departure sparked discussions among members about its future.

“[I]suggested that we use the William Hill departure to consult on a wider, renewed trade body.Other members agreed with that analysis, and also agreed that we would use the rest of the year to consult on a refreshed organization,”the former Queensland bureaucrat-turned AWC chief told the news website. “We are doing that actively — but we are now only six weeks into that process, so it’s just too soon to talk about where those conversations are heading.”

AWC has been the forefront of corporate bookmaker’s campaign to legalize in-play betting in the Australia. Despite having an arsenal of sporting codes to back them, the group suffered defeat after the federal government moved to ban in-play betting.

The change in AWC also comes amid more challenges to the sports betting industry.

North Australia is now mulling on imposing a new tax that is estimated to cost millions of dollars. Bookmakers had to also face the extra costs in expanding their Darwin call centers in the Northern Territory.

Down south, the corporate bookmakers are trying to push back the State of South Australia’s 15 percent tax on online betting revenue.

Despite the group’s break-up, Fletcher assured that operators remain committed in engaging seriously in the growing debate around wagering regulation in Australia”.

“We remain at the forefront of those calling for a new national regulatory framework, including issues like advertising.”