The Mashpee Wampanoag tribe has finally grown tired of watching how the US Interior Department their casino land case under the bus. 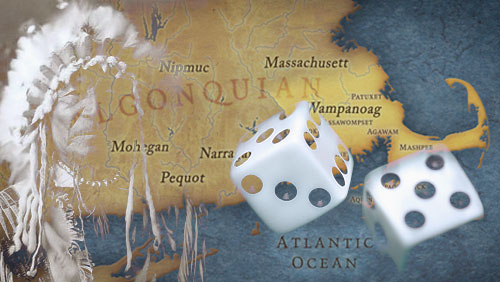 According to The Boston Globe, the Mashpee tribe has finally jumped in the legal fray over the 150-acre land dispute after US District Judge William G. Young declared in late July that the US Interior Department, which represents them, had misinterpreted a 1934 law governing what tribes are eligible for reservations.

Still reeling from their legal setback, the tribe asked court to allow them to represent themselves in the case since the US Interior Department “may not adequately represent the interest of the tribe.”

“The department’s interest is in the administration of federal lands of the United States for the public interest broadly and the implementation of federal Indian policy, not in the particular sovereign, economic, and personal interest of the tribe,” the tribe’s lawyers said in a 22-page petition, according to the news website.

Court records showed that the case stemmed from a group of Taunton landowners who brought the federal government to court after it erred in awarding a 150-acre casino land to the Mashpee Wampanoag tribe.

They argued that the court should strike down the decision of the federal government since it was anchored on an “ungrammatical” reading of the federal Indian Law. Lawyers for the casino opponents cited the U.S. Supreme Court’s 2009 ruling in Carcieri vs. Salazar, stating that the federal government can only take land into trust for tribes officially recognized as of June 1, 1934, when the Indian Reorganization Act creating the modern tribal reservation system became law.

Judge Young, for his part, agreed with the landowners that the tribe, whose ancestry traces to the Native Americans who first encountered the Pilgrims in the 1600s, cannot hide under the cloak of the 1934 law since they only become a federally recognized tribe in 2007.

For the Mashpee tribe, Young’s order will deprive them of “the opportunity to more fully realize its identity as a sovereign nation and to improve the collective condition of its members following centuries of mistreatment.”

Should Judge Young stamps the petition with his approval, it is likely that the Mashpee will certainly appeal the decision.

“We asked our legal team to file a motion to intervene not because we do not have confidence in the process but to allow us to be more directly involved in defending our rights, “ tribal chairman Cedric Cromwell said in a statement released Monday evening. “The importance of our newly declared reservation cannot be overstated: these very lands are the lands of our ancestors, literally hold the bones of our ancestors.”

Adam Bond, a lawyer for the property owners, said the tribe appeared eager to represent itself. “I don’t know what’s going on in the background between the tribe and the government lawyers, but it appears not all is well,” he said.