Casino opponents and state representatives have locked horns during Monday’s court hearing of a petition challenging the Department of Interior’s September 2015 decision to award a disputed land to the Mashpee Wampanoag tribe. 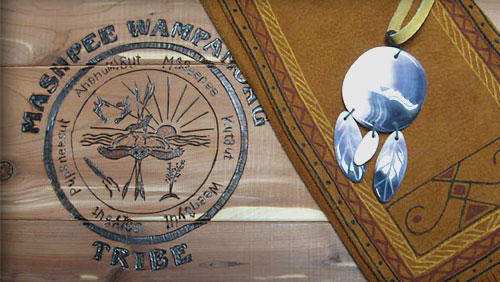 The Associated Press reported that opponents of the $1 billion First Light Casino project accused the federal government of misconstruing the federal Indian Law in order to grant the 300 acres of casino land to the Mashpee Wampanoag tribe.

First Light Casino, a project of the Cape Cod-based tribe and its Malaysia-based partners the Genting Group, broke ground in Taunton in April, months after a group of local residents filed suit seeking to block the project.

Critics argued that the court should strike down the decision of the federal government to award the casino land to the Mashpee Wampanoag tribe, which they claimed was anchored on an “ungrammatical” reading of the federal Indian Law.

Lawyers for the casino opponents cited the U.S. Supreme Court’s 2009 ruling in Carcieri vs. Salazar, stating that the federal government can only take land into trust for tribes officially recognized as of June 1, 1934, when the Indian Reorganization Act creating the modern tribal reservation system became law.

The opponents contend the Mashpee Wampanoag tribe, whose ancestry traces to the Native Americans who first encountered the Pilgrims in the 1600s, cannot hide under the cloak of the 1934 law since they only become a federally recognized tribe in 2007.

The Department of Justice (DOJ) fired back at their opponents, whom they claimed was focusing too much on the grammatical construction of the 1934 law, rather than the legislative intent by Congress.

Citing legal filings, the federal government pointed out that the Mashpee Wampanoag tribe have been living on lands specifically set aside for them in their historical home base in Mashpee since colonial times.

“The words can’t be viewed in a vacuum,” Lawyer Steven Miskinis said.

Meanwhile, Judge William Young is expected to issue a decision as soon as the end of the month.

“Thankfully, the judge clearly understands the complexity of the issues involved,” Tribal Chairman Cedric Cromwell said in a statement to the news wire agency. “We remain confident moving forward.”

The tribe and have been demolishing buildings and clearing land in preparation for construction.

They say the first phase of the First Light Resort and Casino will open as soon as next summer, making the casino Massachusetts’ first major resort gambling facility.

MGM is also building a resort in Springfield, and Wynn Resorts has one planned in the Boston area. Plainridge Park, a more modest slots parlor and harness racing track in Plainville, opened about a year ago.