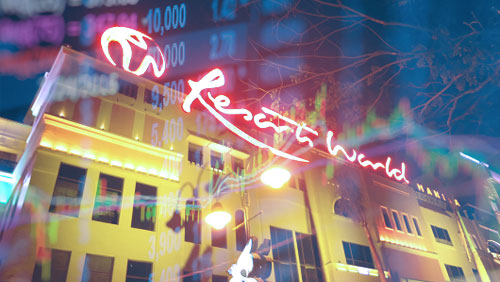 The operator of Resorts World Manila said in a filing before the Philippine Stock Exchange on Monday that it posted a PHP638 million (US$ 13.7 million) for the April to June 30, 2016 period as a result of the strong performance of its gaming business.

Data shows that the casino operator’s gross gaming revenue (GGR) increased by nine percent to PHP6.2 billion (US$133.18 million) this year compared to the same period last year due to the increased volumes across all segments and an improved win rate.

Meanwhile, non-gaming businesses, which include hotel, F&B, and other revenues, posted positive year on year results with a 7% increase ending the quarter at PHP 920 million (US$ 19.76 million).

Total room count for the three hotels (Maxims Hotel, Remington Hotel, and Marriott Hotel Manila) remains at 1,226 with occupancy rate still strong at 87%. The Marriott Grand Ballroom, which houses the largest ballroom in the country, generated PHP 93 million (US$2 million) worth of revenues or a 50% growth year on year.

“With key tourism indicators showing growth year-over-year and ongoing major infrastructure developments, we anticipate that the local integrated resort industry will continue to grow as the Philippine economy continues to be strong and full of potential,” Travellers president and chief executive Kingson Sian said in a statement.

The profits of Resorts World, according to the casino operator, was tempered by the casino’s total expenses for the quarter. Travellers said that the firm posted a 31.7% increase in general and administrative expenses to PHP 2.7 billion (US$58 million). Direct costs remain flat at PHP 2.6 billion (US$ 55.85 million).

As for its junket commissions, Travellers reported that its promotional allowance decreased by 41.8% to PHP 622 million (US$13.36 million).

It also reported that Resorts World Manila expansion projects are in full swing with Phase 2 on its tail end with the completion of the additional 228 rooms in the Marriott West Wing in Q4 this year.

Phase 3, which will consist of three hotels, Hilton Manila, Sheraton Manila Hotel, and Maxims II, will be completed by 2018. It will also include an additional gaming area, new retail spaces and six basement parking decks.