Tabcorp is acquiring gambling technology provider Intecq in a deal that will see the Australian betting operator beef up its gaming services business. 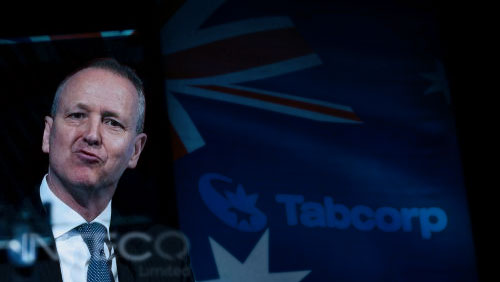 The Melbourne-based gambling giant will shell out AU$128 million (US$96.9 million) for the Australian Stock Exchange-listed Intecq, according to the Australian Financial Review.

Formerly known as eBet, Inteq provides gaming technology services such as loyalty and rewards programs, cashless gaming systems and back office tools to about 1,200 licensed casinos, clubs and pubs across the country. The Sydney-based company also has a network of more than 70,000 gaming machines in Australia.

Intecq chairman Paul Oneile told the news outlet that talks with Tabcorp started after Tabcorp CEO David Attenborough approached him back in April.

In a statement, Attenborough said Intecq will provide “increased scale and diversification of earnings” for the group, which has a strong position in the New South Wales and Queensland markets.

The discussions with Tabcorp may be “amicable,” with the Intecq chairman describing his company as a “perfect fit” for the betting giant, but Oneile is not ruling out the possibility that there will be a rival bid—the company had already been approached by a different bidder in late 2015, but talks fell through after the bidder made a “low-ball offer.”

In New Zealand, Tabcorp is also waiting for some good news about partnering with state-owned betting agency NZ TAB. New Zealand Racing Board (NZRB) spokesperson Kate Gourdie said in June that they are holding talks with the betting company about “automating” the NZ TAB’s fixed-odds betting business, which has been left to rot by Kiwi punters who are opting to wager online with internationally licensed betting operators that offered better odds and a wider variety of betting options.

The NZRB has been mulling at “outsourcing or partnering” some aspects of its operations, although Gourdie stressed that it’s still “far too early for us to discuss potential solutions when we don’t know what the final option will be.”