What can the gaming industry expect from what is considered to be the wildest and most unpredictable of U.S. presidential elections? Not much, if the presidential campaign contributions are any indication. 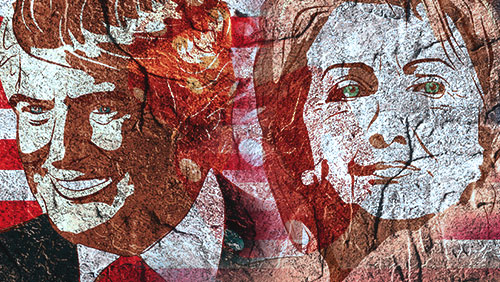 Filings with the Federal Election Commission showed a smattering of relatively minor contributions to the presidential candidates’ coffers. As of June 21, the gambling industry has contributed a total of $513,121 across the entire field of candidates—a pittance compared to the millions of dollars that the operators, particularly Sheldon Adelson, shelled out five years ago.

The biggest individual donor so far is Wynn Resorts Chairman and CEO Steve Wynn, who has given $65,800, mostly to Republican hopefuls who have since dropped out of the race. Of the total amount, $25,000 went to a super PAC that supported New Jersey Gov. Chris Christie; another $25,000 went to a super PAC supporting Carly Fiorina; $7,700 to the Marco Rubio’s Rubio Victory committee; $5,400 to the campaign of Texas Sen. Ted Cruz; and $2,700 to Democrat nominee Hillary Clinton’s campaign.

Las Vegas Sands Corp. chairman Sheldon Adelson was more frugal this time around, with a total of $18,300 to the presidential campaign donations so far—a far cry from the estimated $92 million he blew on Newt Gingrich and Mitt Romney five years ago. This time, Adelson’s money went to Rubio ($10,200), Jeb Bush ($2,700), Cruz ($2,700), and Sen. Lindsey Graham ($2,700), according to Las Vegas Review-Journal.

The split between the two parties favors the Republicans at 55 percent, Clinton has been the gambling industry’s top recipient with $164,337, while Bernie Sanders ranks fourth with $62,505—just $200 behind former Florida Gov. Jeb Bush.

As for Donald Trump, the presumptive Republican nominee has received a meager $4,561 so far. However, analysts believe the businessman, who has often bragged that he is largely self-funded, may still benefit from Adelson’s largesse once he’s officially anointed the Republican nominee.

Other gaming companies aren’t keen on backing any of the presidential candidates, too. Both MGM Resorts International and Boyd Gaming recently announced that they have no plans to endorse or donate to any of the candidates this election.

As veteran online gambling consultant Sue Schneider sees it, “All bets are off. This ‘throw the bums out’ change for change’s sake, this is all new. There are no predictions. You just have to sit back and watch and see how it plays out.”