First it was the devaluating Chinese yuan. Then came Brexit. Now, experts are bracing for another likely event to shake the world markets, including digital currency: the prospect of Donald Trump becoming a U.S. president. 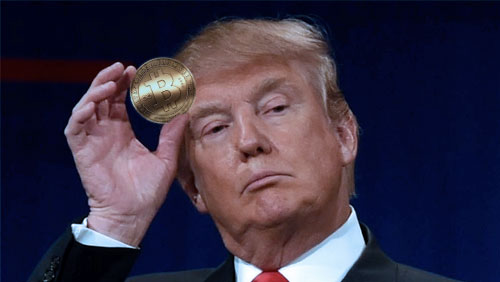 Trump and Hillary Clinton have already secured their respective party’s nomination for the upcoming presidential race, and let’s be honest here, there’s no way that the clash between these two candidates will be anything less than brutal.

In fact, Clinton already came out with guns blazing, taking swipes at her political opponent’s many casino bankruptcies and warning that a vote for Trump will put the county in the same condition as the mogul’s failed casinos. The former U.S. secretary of state holds a big advantage demographic-wise over Trump, but the gap between the two—once in the double digits with Clinton in the lead—is closing as the Republicans start to rally behind their candidate.

But the possibility of having Trump as the new president has many analysts shaking in their boots.

“If Donald Trump becomes president of the U.S., there is the very real prospect of turmoil on world markets—the Economist Intelligence Unit ranks his presidency within the Top 10 global risks,” said Windsor Holden, head of forecasting and consultancy at Juniper Research.

There’s one sector that is expected to “thrive” in a Trump presidency:  bitcoins.

Is U.S. facing another recession?

Traders have been calling bitcoin a “safe haven” asset that shows its strengths as an investment vehicle “in times of macroeconomic uncertainty,” such as recession, which incidentally, is where the United States is heading, according to investment broker Peter Schiff.

In a podcast, Schiff said the government’s “heavy-handed” management policies has resulted in a stagnant economy and low confidence in the fairness of the system.

“[US Federal Reserve chair] Janet Yellen keeps saying we’re on the road to recovery; the rate hike is just around the corner; maybe it’s a bigger corner than she used to think, but we’re going to round that corner; we’re going to end up with these rate hikes. And again, all of this is nonsense. I think if the Fed were going to raise rates they would have already done so,” Schiff said.

Bitcoin, on the other hand, is showing its capability as a hedge against times of economic uncertainty. On Thursday, the popular digital currency traded at $638.94 per bitcoin with more than 15.74 million bitcoins in circulation, while market cap fell slightly at $10.1 billion.