Ryan Giggs has left Manchester United after 29-years at the club showing that the men who run things never had a clear vision of a life post-Sir Alex Ferguson.


As parents of Manchester United fans are figuring out how much it’s going to cost to have the name Ibrahimovic sewn into the back of their kid’s expensive football shirts, I can’t help wondering where it all went wrong?

Manchester United is a club designed to win things. A mentality imprinted into the club’s DNA.

So how did they screw things up?

Zig Ziglar once said, ‘you were born to win, but to be a winner, you must plan to win, prepare to win, and expect to win.”


It was tough to criticise Sir Alex when he was at the helm of the greatest football club in the world, but looking back, perhaps he lacked the ability to look further into the club’s future and lay the cement for the inevitable question – who would take over when he retired? 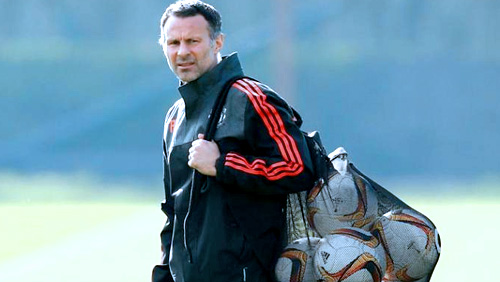 Carlos Queiroz decides to leave his position at Manchester United, for the second time in his career, this time, to manage the Portuguese national team. Sir Alex needs a new assistant. He decides to give the role to United stalwart Mike Phelan. Phelan was a great United player, but he was never going to become the next United manager.

So what was the plan?

Ferguson was 66-years of age, and that’s no spring chicken even in football terms. Ryan Giggs, who Ferguson said used to remind him of a Cocker Spaniel chasing a piece of silver paper in the wind, was 34-years of age and wouldn’t take off his boots for another five years. Now there was a young man you could have seen as a future Manchester United boss.

During an interview with ESPN in 2015, Ferguson told reporters that had Giggs hung up his boots earlier, then he would have taken him on as his assistant, ‘and quite likely he could have moved right into the job’ after his retirement in 2013. Later when the press questioned Giggs on this, he replied, “Did he say that?”

Hindsight is a beautiful thing, but Ferguson should have sat Giggs down in 2008 and told him that it was time to step down and take his rightful place by his side. Ferguson told ESPN in 2015 that he would ‘never ask a player to quit.’ And yet, here was a manager who always stressed that the needs of the club came before the needs of the player.

The mistake was United not having a long term plan. Had they had one, then Mike Phelan wouldn’t have been appointed as Ferguson’s assistant, it would have been Giggs because that’s the only way you can have a long term plan. You can’t hope that Pep Guardiola or Jose Mourinho miraculously become available when he steps down.

And let’s not forget what made United great. It was patience, consistency, and longevity. Ferguson made the club great during his 27-years at the club. Can you think of a more perfect transition than to hand over the reigns to someone who has thrived underneath his wing for the entirety of that tenure?

There was no plan to replace him. Giggs was not ready. Giggs was still playing. David Moyes was selected. The job was too big for him. Louis Van Gaal took his place. Giggs retired from playing and took a role as Assistant Manager. And one imagines had the Dutchman’s philosophy had more emphasis on scoring goals and winning football matches, Giggs would have replaced him at the end of his short contract.

But that didn’t happen.

Van Gaal got the boot, Jose Mourinho was hired, and because the Special One already has an assistant, Giggs has no alternative but to leave his beloved United to cut his managerial teeth elsewhere. And the saddest thing about Giggs leaving United after 29-years is I don’t think you will ever see him return.

Speaking to the BBC recently Ferguson said it’s the right time for Giggs to move on.

“It’s time for him to stand on his own two feet.” Said Ferguson.

“He will do well.” Said Ferguson.

“He has a poker face, a bit of steel about him.” Said Ferguson

But so have the rest of the gang who left United to pursue managerial careers. Can you see Steve Bruce, Roy Keane, Mark Hughes, or Paul Ince returning to United to take over when Mourinho gets fed up with his new toy and decides to find a new club?

Instead of Giggs learning the ropes at United and eating steak, he will have to settle for mince meat, and in today’s managerial environment, unless he becomes an instant hit, he will not win the games that will see him return to Old Trafford to replace the man who has actually ended his three-decade love affair with the club.

The United philosophy was always: “If you’re good enough it doesn’t matter your age.”

The same rules don’t seem to play when it comes to managing the club.

So where next for Giggs?

Here are the current odds: