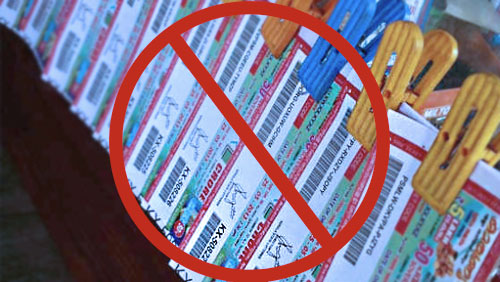 Online lotteries are reportedly about to be banned in Maharashtra following allegations that the previous state government covered up an illegal racket eight years ago.

This week, local media outlets came out with reports of a “massive online lottery scam,” which was allegedly swept under a rug by the Congress-NCP government in 2008.

Back in 2007, the Ministry of Finance came out with the 15-page report that revealed there were “unchecked” illegal online lottery businesses in Maharashtra, many of which violate the mandated number of draws per week. The report “strongly recommended” banning online lotteries in the state of Maharashtra completely, but the Congress-NCP government—which was in power until two years ago—did not act on it.

Four Northeastern state lottery operators allegedly worked up to INR1,000 crore (USD150 million) in evaded tax from 2001 to 2008—still the “tip of the iceberg,” according to the sources familiar with the matter.

The Indian Express quoted one source, who said: “The volume illegal lottery racket through online along with non-permissible draws would be mindboggling.”

The Supreme Court, however, sided with Kerala. In a 2015 ruling, India’s highest court said the Kerala ban was in the public interest and the appellants had failed to demonstrate any “compelling grounds” for overturning lower court decisions.” The court also pointed out that Sikkim, in particular, “does not have any control” over its lottery terminals outside its borders and so customers have no assurance that the tickets they bought are legitimate.