Mt. Gox investors, who thought losing their bitcoins to Mark Karpeles was bad enough, were in for a rude awakening. 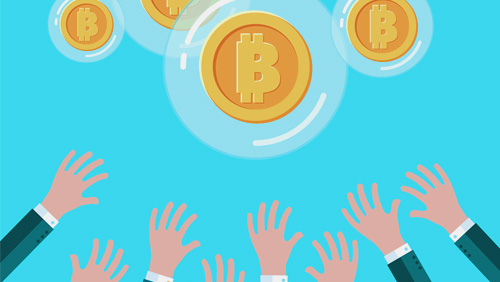 Back in May, court-assigned trustee Nobuaki Kobayashi announced that they are about to award close to US$3 million to some 24,750 verified creditors of the defunct bitcoin exchange, instructing the claimants to “browse the Mt.Gox claims website to confirm their status.”

But it seems that scammers are already one step ahead of Kraken, who is leading the charge in paying Mt. Gox’s former patrons, with an Inception-esque scheme targeting the unsuspecting Mt. Gox investors.

Cyren researchers said they have observed a series of spam messages that claimed to be from Kraken, redirecting users to a Google Docs page where they can see “an update on the status of Bitcoin recovery claims,” according to a report by The Guardian.

The document is actually an executable file that delivers W32/Trojan5.NRB, a Windows Trojan that Cyren researchers said “looks for any local bitcoin wallets it can plunder.”

The former investors of the fallen bitcoin exchange stand to receive some JPY263.52 trillion (US$2.41 million), which is only a fraction of the total amount lost in 2014—when Mt. Gox filed for bankruptcy. At the time, the bitcoin exchange has about 202,185 bitcoins, which, in today’s current value, would amount to US$91.2 million.

Kobayashi had already stalled the release of bitcoin addresses controlled by Mt. Gox before its demise because he believes “the potential negative effect resulting from the release of the address would be much more detrimental compared to the degree of benefits that can be gained.”

Mt. Gox was once considered the world’s largest bitcoin exchange platform until it filed for Chapter 11, saying it had lost more than 800,000 of its clients’ and own bitcoins, worth more than $450 million at the time.

Today, the price of bitcoin continues to rise, hitting $580.82 on Thursday with 15.64 million bitcoins in circulation.