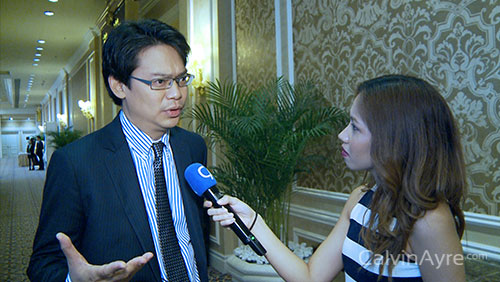 In this interview with CalvinAyre.com’s Stephanie Raquel, DFNN’s shares his thoughts on the changes the Philippine gaming sector might see under the leadership of president-elect Rodrigo Duterte.

That has been the message that president-elect Rodrigo Duterte had in his campaign. But does this also apply to the thriving Philippine gaming industry? For Chris Tio, the answer is not really.

Tio, the executive vice president of business development for Philippine-listed IT company DFNN, described Duterte as a “strong-willed” man who “has very definitive views on many, many things,” but he believes that the incoming president—despite the increasing number of controversies hounding him—will not cause the local gaming path to deviate from its current course.

“I believe we need to separate Rodrigo Duterte the candidate and Rodrigo Duterte the mayor and the [incoming] president,” Tio told CalvinAyre.com. “And the best way of looking at it and reassuring investors is to look at how Davao City is. PAGCOR [Philippine Amusement and Gaming Corporation] has two casinos in Davao and they’re both doing well. I believe the gaming industry has basically jumped a lot in terms of credibility, in terms of contributions to nation-building in the Philippines and we look forward to that continuing.”

And it appears that Duterte is off to a good start, at least in the gaming sector, when he appointed Andrea Domingo as the new head of the PAGCOR. Domingo, who previously headed the Bureau of Immigration, will take over from Cristino Naguiat Jr. at a critical juncture of the Philippines gaming industry, what with two more integrated resorts about to open in the Entertainment City zone.

“It’s a good choice because she’s not new to government, and when you’ve held the post as the Bureau of Immigration commissioner, that’s a tough, tough post,” Tio said. “[Domingo] has a sterling reputation for fairness, for strictness. We believe, again, it is a good choice, significant choice… [and] so we believe that [the] gains that PAGCOR made under Chairman Naguiat will definitely continue under Chairman Domingo.”

When asked about the calls for PAGCOR to give up its operating function to focus more on being a regulator, Tio—the former head of marketing of the state-run gaming agency—said it’s not an easy endeavor especially since the agency is one of the country’s largest revenue contributors after taxes and customs.

“That’s significant, so whatever decision [that] needs to be made has to be taken in the light of that contribution, that’s number one,” Tio said. “Number two, it is not a decision that should be made by the PAGCOR chairperson herself. PAGCOR is a creation of law and in order to amend that law, it has to go back to the Philippine Congress. Now if you take a look at it, President Duterte is very strong-willed and he is building a significant coalition in Congress so should he do so or should he want to do so, I believe it will happen.”