Home / Business / Philippines Election – Who is the best for the Gambling Industry? 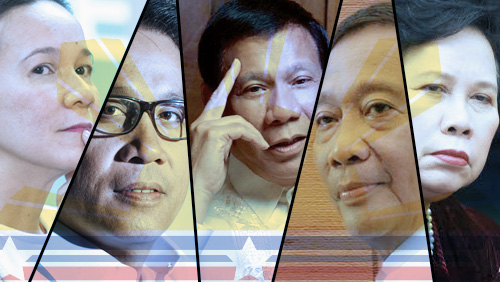 The thriving Philippine gambling industry is about to see some major changes as the country gears for the presidential elections next month. On May 9, Filipino voters will decide who among the five candidates is the best choice to lead the country for the next six years.

The local gambling industry has flourished in the past decade, especially the casino sector, which investment bank Credit Suisse forecasts to generate gaming revenue of $6 billion by 2018—making the country one of the top four players in the world. The growth can be partly credited to President Benigno Aquino III’s administration that has worked hard to support the casino industry, which it regards as critical to the economy.

But now that Aquino will hand over the reins to his successor, the gambling industry’s future prospects has become uncertain.

CalvinAyre.com spoke with three executives from different areas of the Philippine gambling industry to get their thoughts on the upcoming elections, but on the condition of anonymity since the country’s Fair Election Law forbids foreign nationals from interfering in campaigns for local and national posts in the upcoming elections. Authorities have said in the past that foreigners who are found guilty of an election offense shall be punished with deportation after he has served his prison sentence.

Which president is good for Philippine gaming?

Even industry operators are hedging their bets on who should next lead the country.

One executive believes Senator Grace Poe could be the best choice for the industry, if only because she has “unquestionable integrity” who will make sure that the next chairman of the state-run regulator Philippine Amusement and Gaming Corp. (Pagcor) will also be a person with the same quality.

But for another executive, Poe’s tendency to tread carefully on issues could be a cause for concern.

“Poe is the biggest question,” Executive B, who works in the industry as an operator, said. “She treads carefully and isn’t prone to shooting first and aiming later. That means she may study the gaming issue from all sides before coming up with a position.”

Executive B believes VP Jejomar Binay “will act strongly” on issues related to gambling because “he has enough background information on it, while Davao Gov. Rodrigo Duterte is a “slightly negative” because he tends to flip-flop on the issue.

“If the wrong people gets [Duterte’s] ears first, he may shoot out a poorly though out statement and then have issues backtracking once wiser heads have stepped in,” the executive said.

In comparison, Mar Roxas is expected to “deal with the gaming industry most politically,” using a “with-us or against-us barometer of whether he will be supportive of the industry or not.”

Executive C, who works in Pagcor’s Entertainment City, said both Roxas and Poe lean on the conservative side, while Duterte might be “willing to play ball more” even though he tends to be vague with his plans.

“I don’t see [Roxas and Poe] enlarging the reach of gaming,” the executive told CalvinAyre.com. “[With Duterte], I look at that group and see that they might run a small town, Davao, but give them the keys to Malacanang, it’s going to be like kids in a candy store. I wouldn’t be surprised if they get more aggressive on the Pagcor front and open up more games, locations and such.”

Political will to deal with sensitive issues

The industry, however, has one clear requirement for whoever wins the election: political will.

More specifically, gambling sector needs a leader who has “the political will to deal with sensitive issues” such as CEZA and Pagcor, which currently works as both a regulator and an operator, making it a direct competition with the casinos it regulates.

“The next president should resolve the CEZA issue, fold that into Pagcor, and make the licensed gaming a true, solid contributor to GDP,” Executive B said.

Majority of the players CalvinAyre.com talked to stressed the need for Pagcor to “get out of the casino business” and just focus its attention entirely on regulating gambling operations in the country.

According to Executive C, “Pagcor should become more of the Nevada Gaming Commission, a regulatory body, and auction off their casinos. They should get out of the casino business, and lower their share so the bigger players get into the Philippines.”

Executive A added, “It is important for the industry that the next president divests [Pagcor] of all its gaming operations and establishes itself purely as a regulator.”

Plans for the next decade

If the longstanding industry players were asked, the past decade has been good to the Philippine gambling industry, and the next 10 years should see the sector continue its “good growth run.”

According to Pagcor Chairman Cristino Naguiat, gross gaming revenue from government and private-operated casinos reached $2.75 billion in 2015, an increase of 17 percent from 2014.

Aside from City of Dreams manila and Solaire Resort and Casino, two more integrated resorts are scheduled to open in the 120-hectare development in the next few years: Universal Entertainment and Tiger Resorts’ Manila Bay Resorts, and Genting Group and Alliance Global Group’s Resorts World Bayshore.

“The past decade has seen the sale of four licenses to private operators, and the opening of two world class facilities in Entertainment City, plus the professionalization of PAGCOR’s Gaming and Licensing Division. That’s a solid base on which to build,” Executive B said. “The next decade should focus on getting the last 2 licensees to open up their IRs, continuing the gains in the Licensing Division, and hopefully, resolving how PAGCOR exits as an operator.”

May the best candidate win

There are still a couple of days left before the country elects its next president. Right now, it’s a neck-and-neck battle between Duterte and Poe, with Binay and Roxas running close behind at third spot and Santiago bringing up the rear.

One thing is certain for the gaming industry: Whoever wins will have the work cut out for him or her.

“So I strongly believe that whoever is elected will be fine for gaming, because there is enough bureaucratic momentum on the PAGCOR side to keep things moving, and because smart businessmen like those running the IRs will successfully lobby to get a PAGCOR board that will continue the foundations out in place, especially on the licensing side,” Executive B said. “We’ve survived a substantial number of poor administrations. Part of that is because local business is smart enough to work its way past the bureaucratic ineptitude. Another part is because poor presidents also do well enough to get a number of good people into their administrations.”