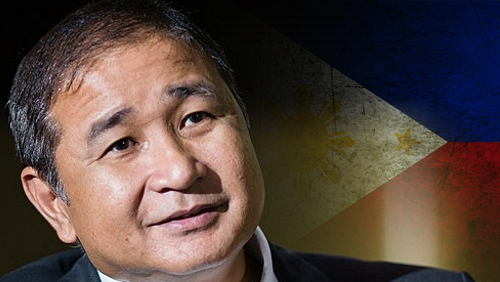 According to Philippine Amusement and Gaming Corp (PAGCOR) chairman Cristino Naguiat, gross gaming revenue from government and private-operated casinos reached PHP130 billion ($2.75b) in 2015, an increase of 17% from 2014.

Philippine GGR also exceeded its PHP 109 billion ($2.3b) target, set by the Governance Commission for GOCCs (GCG), which monitors the performance of government-owned and -controlled corporations in the country.

Although 2015’s gaming revenue did not reach Naguiat’s GGR forecast of $3b, he said the Philippines gambling sector showed a big improvement.

“PAGCOR, itself, showed a 15.75% increase in gaming revenue, while those of the licensees are up 18%,” added Naguiat

Some gaming industry watchers are divided over the impact of the corruption crackdown in China. Some were hoping to pick up business from struggling Macau while many fear an industry slowdown across Asia.

However, local casino operators and regulators are optimistic for the future of the country’s gaming industry. Bloomberry Resorts boss Enrique Razon believes that even though the whole industry has been painted with the same brush, Philippine casinos are still growing and the reality is nowhere near the dire situation in Macau.

Naguiat said that the Philippine gaming industry seemed to have adjusted its business model to adapt to the changing market environment. He attributed the relatively poor results of the casino operators’ financial results to expansion costs.

Joe Pisano, founder and chief executive of Jade Entertainment and Gaming Technologies Inc, a Manila-based distributor and operator of casino gaming machines, said that 2016 could see the coming of age of “destination resorts” for the Asia Pacific casino industry.

“The equities of the larger cap[italisation] properties that have been reliant on the Chinese junket market are all down,” Pisano told GGRAsia. “In order to be successful the larger properties need to be destination properties to attract some of the 100 million tourists currently travelling from China.”

In Macau, casino gaming revenue fell 34.3% year-on-year in 2015, hitting the lowest annual tally since 2010. On the positive side, December’s 21.2% monthly percentage decline was the smallest since January. PAGCOR’s chief expressed his optimism that Macau will be able to recover.