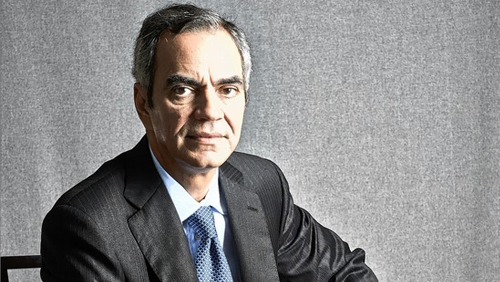 Despite two quarters of losses, Bloomberry Resorts Chairman and CEO Enrique Razon expects the company’s losses will narrow because its company’s gaming revenue is growing.

In an interview with Bloomberg, Razon said that even though the whole industry has been painted with the same brush, Philippine casinos are still growing and nowhere near the situation in Macau.

China’s crackdown on graft has curbed gaming revenues in the region, with Macau posting a 37% decline in the first half of the year and fell by a third in September—its 16th straight month of decline.

“The good thing now, in hindsight, is that our relationship with China is really not that good,” said Razon. “So we never had the business from China, which nowadays is probably a good thing.”

Philippine casinos’ H1 gaming revenue grew 16% to $1.4b and according to Philippine Amusement & Gaming Corp. (PAGCOR) Chairman Cristino Naguiat, there’s a “good chance” that gaming revenue will reach $3b this year.

Investment group CLSA said in a September report that Philippine operators are not immune to the collapse in the Chinese VIP space but estimated the impact to be 10% to 15% at most.

Razon also pinned its hope on the mass market segment, saying the Philippine casino market is the size he anticipated, supported by mass gaming and the local market, while premium customers from Southeast Asia, Taiwan and South Korea continue to arrive at Solaire Resorts and Casino in Entertainment City.

“In three to five years, the mass market will probably account for 60% of Bloomberry’s gaming revenue, reversing the current ratio of VIP customers,” Razon added. “The mass segment is stable because it’s a cash business at a time when credit for gamblers in the region is tightening.”

Razon also added that the firm’s earnings are expected to improve even as the company plans what it termed “provision” by year-end for all the unpaid credits it extended to VIP and premium players. Bloomberry made a PHP1.81b provision in the first half for PHP4.69b of receivables.

Bloomberry is also looking to expand its footprint in Asia, having bought a small casino on South Korea’s Jeju Island, which is expected to contribute to earnings next year. The company is also reportedly among the bidders for two new casino licenses in South Korea, eyeing a casino in Incheon Free Economic Zone, near the country’s main international airport.

The casino operator is also is seeking a gaming permit in Argentina, where it would need to spend about $500m to build a “respectable” casino.