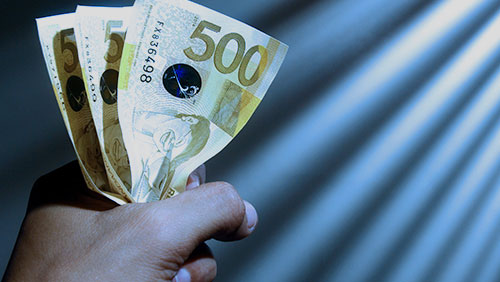 The Philippine government is attempting to plug the loopholes that allowed $81 million of heisted money to pass through the country’s banks and casinos.

On Tuesday, the Department of Finance announced that it has initiated the process to strengthen the anti-money laundering and bank secrecy laws in the country, starting with a draft bill that will include casinos to the list of entities covered by the Anti-Money Laundering Act.

The bill was submitted to the Congress, according to the department.

If you’re just joining us, February saw hackers steal $101 million from Bangladeshi bank accounts in New York, of which $81 million was transferred to a branch of Rizal Commercial Banking Corporation in Manila. From there, the money was reportedly withdrawn through remittance firm Philrem Services Inc before it was funneled through the local casino industry by two Chinese junket operators.

Even the U.S. Department of State identified the Philippines’ casino sector as the “weak link” in the country’s effort to stop money laundering. The agency said, organized crime groups like Chinese triads “have infiltrated casino operations and have facilitated prostitution, narcotics trafficking, loan-sharking, and suspect junket and VIP gaming tours.”

Philippine casinos are required by state-run casino regulator Philippine Amusement and Gaming Corporation (PAGCOR) to check passports and other forms of identification from players.

“Weaknesses and loopholes in our legal frameworks breeds risk; we intend to stamp these out as best we can,” Finance Secretary Cesar Purisima said in a statement.

The department also wants to include tax evasion as a component crime of money laundering, as well as expand the powers of the AMLC. In addition, the department is asking to lift the restrictions on bank secrecy of both peso and foreign currency deposits for tax purposes—a move backed by the central bank.

The bill is expected to be presented when the new Senate and House of Representatives convene in July.