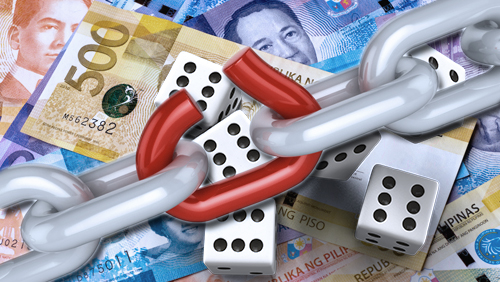 The government of the United States has identified what it believes could be a weak link the Philippines’ effort to stop money laundering: casinos.

A new International Narcotics Strategy Report released by the U.S. Department of State called six places in the Asia Pacific region that have legal casino gaming industries as “countries/jurisdictions of primary concern.” One of the countries is the Philippines, which was recently linked to an alleged money laundering activity involving $100 million that reportedly made its way through three local casinos.

“International experts and observers note that the Philippine casino industry is a weak link in the country’s AML/CFT regime,” the report stated, referring to the country’s anti-money laundering and combatting the financing of terrorism efforts.

“Regionally, organized crime groups, such as Chinese triads, have infiltrated casino operations and have facilitated prostitution, narcotics trafficking, loan-sharking, and suspect junket and VIP gaming tours,” the U.S. Department of State noted in its report.

State-run casino regulator, the Philippine Amusement and Gaming Corp. (PAGCOR), has already said casinos were responsible for implementing rules that would require passports and other forms of identification from players. PAGCOR chairman Cristino Naguiat also pointed out that a casino is “the riskiest place to launder dirty money and investigators should look elsewhere.”

“Considering unsuccessful attempts in the past, the inclusion of casinos under the Philippines’ AML/CFT regime may not occur absent sustained international pressure,” the state department stated. “The government should include casinos and other forms of gaming in its AMLA.”

The U.S. government is also after Macau officials to lower the threshold for casinos to report large transactions to authorities.

Casinos in Macau are currently required to report to the Gaming Inspection and Coordination Bureau any transaction worth over MOP500,000 (US$62,511). But the U.S. state department wants the territory to reduce the amount to the equivalent of US3,000 (MOP24,000) “to bring it in line with international standards.”

In addition, Macau also needs to “strengthen interagency coordination to prevent money laundering in the gaming industry,” according to the United States.

The report also takes a negative viewpoint on junket operations, claiming “much of the money funneled through these middlemen originates from corruption, embezzlement and other illicit activities.” Such factors, according to the U.S. department, creates “vulnerabilities for money laundering, encourages Chinese capital flight, and fosters underground financial systems such as fei-chien or “flying money.”