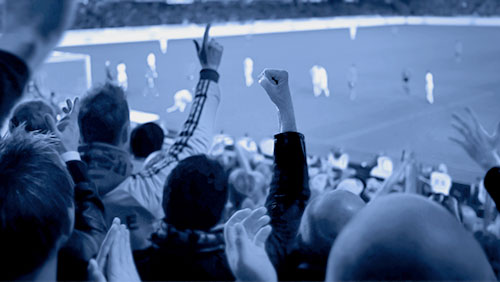 There is so much excitement sweeping among football fans worldwide as the much anticipated UEFA European Championship 2016 (UEFA Euro) nears its start.

For the first time in its history, 24 teams representing 24 European countries will clash across 10 venues in nine French cities from June 10 to July 10, 2016. Adding to the thrill of this year’s UEFA Euro is the expectation of probably having a new champion, especially after reigning Euro champion Spain showed a lackluster performance in the 2014 FIFA World Cup.

The uncertainty of a clear winner in this year’s UEFA Euro has send a jolt of frenzy to millions of football enthusiasts not only in Europe, but worldwide. Whether they are watching the tournament live or in the comforts of their sofas, expect fans to place their bets on their teams they are supporting.

Statistics provided by Optimove shows that at least 150 million football enthusiasts are expected to follow each game live, with at least 2.5 million fans trooping to the tournament stadiums. Data also shows that football fans, who tend to place bets on casino products as well as on other sports during big sporting events, spends at least €1 billion during the tournament.

Optimove director Moshi Demri noted that betting patterns in the off-season change dramatically around big tournaments. He said that grand tournaments, such as the UEFA Euro, see an 80% increase in number of bets compared to the regular season.

“The increase in the total number of bets, the surge of first-time bettors and the appearance of more engaged fans presents operators with great opportunities for turning first timers into active users and upping the ante for active customers,” Demri explained.

So how can operators take advantage of this unique opportunity? Demri said the answer lies in planning ahead.

“Try to leverage this fact using gamified campaigns and offers during the event. Be creative with your offers and build a diverse suite of offerings that will include other sports and product. Non-game days can be a good opportunity for this,” he said.

He added that sports betting companies should also pursue retention efforts even after big sporting events have already concluded.

The challenge for sports betting companies, according to Demri, is for them to convert the new clients into active users.