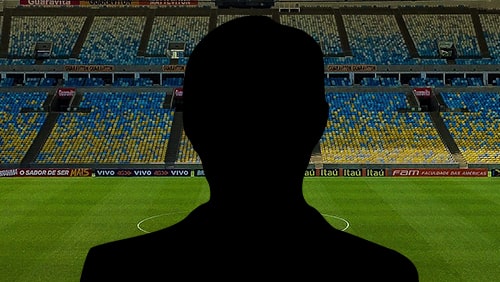 It was perhaps the defining game of the International season so far, at least for the hosts. With England a point clear at the top of their Nations League group, all they had to do was defeat Denmark at Wembley and they’d be in control of their own destiny, with Belgium winning as expected in Iceland.

That didn’t happen, however, on a night of personal disappointment for one of England’s best defenders and another newbie, while a shot-shy squad who looked lacking. But why was this the case, and can England recover? There’s no-one better to ask than The Secret Coach.

Last time we spoke to The Secret Coach, he was analysing Jurgen Klopp’s football lesson his Liverpool team learned at Aston Villa. This week, we were looking at International football, however, a very different beast but something The Secret Coach knows plenty about. TSC is a professional football coach in English football, who will remain anonymous. He’s worked with some of the biggest names in the game, going through the coaching process, and is currently part of the team at an English league side… and that’s all we’re telling you. He’ll be honest each week about what he sees as he sees it. As ever, The Secret Coach pulls no punches!

Gareth Southgate had less players to choose from than usual, with injuries and ‘personal reasons’ robbing them of some of their most capable players. With England fielding a side without Jack Grealish, they looked to be slightly pessimistic, with the inclusion of Declan Rice and Kalvin Phillips both in the side.

With England fielding a slightly depleted side, even against supposedly weaker opposition, could that be playing on their minds?

“Gareth would have known he had a depleted side,” says The Secret Coach, “So any tactical changes would have been worked on. If Plan A was not achievable as the players available weren’t able to complete that challenge, then a new Plan A would have been made for the team.”

Far from this defining a manager, The Secret Coach believes that great managers flip the situation to becoming one in their control.

“The best coaches are adaptable and will know the strengths and weaknesses of each of their players, so whilst Gareth will have been disappointed not to have access to his first choice, at international level you select a squad to be able to cope with such issues. In club management, you have who you have and if recruitment was an issue you might not have the flexibility, but as an international coach, you have to alter tactics and styles instead.”

“You will never play your best football if your mind is not 100% enjoying the game.”

That’s what Southgate has done, but whatever Plan A was, it’s not working. England look lacklustre and sitting too far back. Harry Maguire pushes up, but a rash tackle earns him a deserved yellow card. Just a short while later, Maguire is given an easy pass from Declan Rice, but controls it poorly and while he reaches the ball, on the follow-through he clatters into Kasper Dolberg and is sent off.

“At Leicester, Harry Maguire had a great World Cup and deserved his move to United, but he has not evolved since. For £80 million, he’s a good player, but the amount didn’t fit the market given better defenders cost less.”

The huge fee and club as well as him being given the captaincy has brought huge expectations upon him,” says The Secret Coach. “Has that had an effect mentally? Has he put pressure on himself? Certainly, he’s played games looking frustrated and made errors. The unfortunate situation this summer [in Mykonos] that only those there will know the full extent of could have affected him mentally. You will never play your best football if your mind is not 100% enjoying the game. Tonight has come as no surprise, to be honest. I feel he may need some time out of the spotlight.”

“Teams with nothing to lose are always dangerous.”

The Manchester United captain is clearly distraught, tugging at his top and muttering under his breath as he walks past a statuesque Southgate on the sidelines. Denmark, already impressive, clearly need the points more and have nothing to lose. How hard is it to play against teams that you as a coach know have no fear?

“In an England shirt, it’s very difficult,” says The Secret Coach. “There is already that high expectation put on them from the nation and press. It’s understandable, but coaches would be doing a lot to reassure and take that element away from the players whilst still ensuring they are ready mentally for the challenge ahead. Teams with nothing to lose are always dangerous as the mindset is relaxed, you have more freedom to express and the fear factor of making a mistake is lessened.”

“I’m not sure why he felt the need to leave when he was at his peak.”

That’s exactly how it looks to one man in the middle of the pitch making his 100th appearance in a Denmark shirt; former Tottenham Hotspur playmaker, Christian Eriksen. A clumsy tackle from Kyle Walker and the Danes have a lead courtesy of Eriksen’s penalty down the middle.

More than a little maligned these days because he seems not to fit in with the style at Antonio Conte’s Inter Milan, Eriksen was a star at Spurs, a team at least on the level of I Nerazzurri. We ask The Secret Coach why Eriksen felt the need to move on to pastures new and whether he might regret that now he’s not playing in England every week.

“Eriksen is a good player. He took time to adapt to the Premier League but became a really dangerous and effective player for Spurs.” Says the Secret Coach, clearly a fan. “I’m not sure why he felt the need to leave when he was at his peak, but when you’re on top of your game, it seems easier to think ‘I want a bigger challenge’. Inter have – especially under Conte – been experimental and their manager’s style is to get players in to match it, such as Chelsea did when they switched formations and got success under Conte. Some of the players followed him, others didn’t and I’m not sure Eriksen fits that system.”

Down to 10 men, England start playing better – much better. Now more expressive, it can’t only be the dire situation necessitating the improvement. But why is that often the situation?

“With less me, any team need to work harder and move the ball quicker due to the numerical disadvantage. It can be difficult against 10 men as, at times, you as a player will not have anyone to mark for example and may not know what to do. Decision making is affected as training and preparation has been against 11 players. When England work harder, however, it puts Denmark on the back foot and they experience confusion as they work out what to do with their extra man both in and out of possession. When you’re on top, you need to capitalise as you risk the opposition working out their advantage and momentum can swing.”

While England play themselves back into contention, the chances they carve out are missed and the match slips away, with Reece James sent off for complaining to the referee on the final whistle. England troop off having ended the game with nine men and no points. But how important is the Nations League to players really and what kind of gauge could it be to England’s chances at the World Cup?

“For bigger nations, it’s maybe not so much of a gauge as they’ll likely qualify via the normal route, but for lesser nations it’s vitally important as with that attitude and potential experimentation from the big boys, they have a back-door route to a major tournament. Take Scotland currently, though I feel it’s more beneficial that previous friendlies with experimental squads and multiple substitutions.”

England will probably have to beat Belgium in Brussels to stand any chance of heading to the final four of a tournament that they were just three hours away from winning last summer. Like The Secret Coach, we’re not convinced they’re in the best position, but in football, the only thing that’s guaranteed is that things change very quickly.

The Secret Coach will return next week right here on Calvin Ayre, where we’ll be discussing the Merseyside derby where top of the table Everton host champions Liverpool.