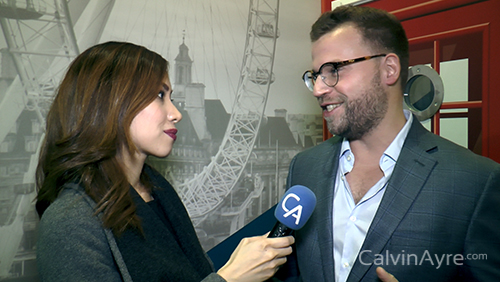 In this interview with CalvinAyre.com’s Stephanie Raquel, COO Greg Fermont discusses how global brands like OneLotto need to appeal to the local audience.

Innovation has always been considered a necessary tool towards success, especially in the multi-billion lottery services industry that is steadily growing worldwide.

According to the World Lottery Association, global lottery sales grew a modest 2 percent in 2015, compared to the sharp year-on-year sales growth of 9.9 percent in 2014. There was a strong growth in the Americas, which was offset by the contraction of sales in the Asia Pacific region.

It may be small, but the growth is still there with lottery sales all over the world being driven by retail and traditional channels, while many opportunities reside in the opening of the iGaming market in major jurisdictions like the United States.

It is this opportunities that lottery brands like OneLotto is pouncing on.

The international digital lottery brand, operated by UK-based company Ardua Ventures (UK) Ltd., was recently launched as a one-stop shop that gives players access to the biggest state lotteries around the world, including US Powerball, UK EuroMillions, and EuroJackpot.

“This is basically your global access to worldwide online lotteries with access to more than 15 state lotteries. We’re going to have basically a lot of new games, scratch games, a lot of new markets as well,” OneLotto COO Greg Fermont told CalvinAyre.com.

OneLotto started as a small brand in 2008, but now that it has started to go global, Fermont said the challenge is how to innovate—at least in terms of communication—to be able to reach a larger audience.

The executive said they plan on making use of the entire social media spectrum to position OneLotto as a new source for digital lottery services.

“People will be looking for a lot of different types of content and we really want it not to be only about lottery, but it’s going to be a lot about innovation. We hope that the content is going to be educational as well and issue-conscious as well, so a lot of social engagements and a lot of social consciousness as well. We are going to engage with a lot of charity programs so of course it’s not only about lottery but it’s also about the community,” Fermont said.