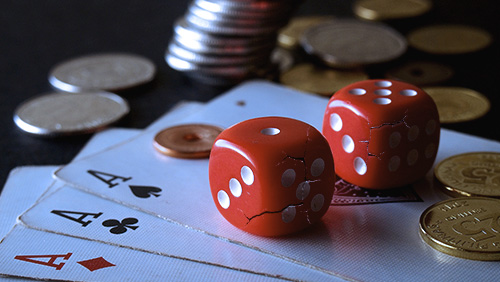 Are Macau style anti-money laundering laws coming to the Philippines gaming industry? If they are, it’s time to get out of Filipino gaming stocks post haste. There aren’t many of those outside of the local Philippines Stock Exchange, with Melco Crown being the most liquid but Bloomberry no longer traded over the counter. It you hold Filipino gaming securities though the local exchange, while it isn’t time to sell, it’s still time to watch. These include Melco Crown Philippines Resorts and the Travelers International Hotel Group.

As I write, the Philippines Senate is debating what to do about an $81 million heist from the Bangladesh government’s New York Federal Reserve account that was filtered through Filipino casinos in a giant money laundering operation to hide the money. The Bangladeshi government is understandably angry about this fairly large hiccup in their finances, though at the same time it’s pretty funny that the Fed can be robbed so blatantly by people who can’t even spell “foundation” correctly in their wire request form.

The Philippines is one of the last bastions of banking secrecy left in the world. That secrecy was broken a bit by FATCA, that wonderful piece of legislation that lets the US government keep an eye on the money of US citizens in foreign countries. The US basically strong-armed its allies by threatening to cut them off from the US banking system if they didn’t comply with FATCA and send info on all US citizen accounts to the IRS.

Still, for non US citizens for which FATCA does not (yet) apply (it’s only a matter of time before the Feds decide they own a piece of everybody’s income in the world because everyone uses its banking system or some such justification), a Filipino bank cannot give information about its client’s account without the written consent of the depositor. There are some feeble anti-money laundering laws in the Philippines, but they don’t even apply to casino bank accounts. This makes the Philippines a haven for gamblers looking to escape the long arm of the State.

Will that change, now that Bangladesh has lost $81 million to thieves who can’t spell? Probably not, and here’s why.

The Philippines are an American puppet ever since 1902. 114 years ago, the Americans slaughtered the Filipinos with absolutely vicious tactics against civilians in a campaign of atrocities that include familiar institutions like concentration camps where almost 300,000 were imprisoned, some tortured, and entire villages were wiped out in some cases if an American soldier was killed by the populace for, well, invading their country. Since then, the Philippines has not challenged American will, and is now a key ally in the US attempt to isolate China for who knows what reasons anymore.

One good way to isolate China is to hurt its economy, which the Chinese are doing by themselves anyway with their money laundering crackdowns in Macau and mad money printing. In any case, the Philippines have siphoned off much of the VIP gamers from Macau because of their banking secrecy laws. Macau’s loss has been the Philippines’ gain, and the politicians in the Philippines don’t want to kill the goose. The only one who can really pressure them to do so is the US government, and while the US government might be embarrassed by an $81 million heist from the New York Fed, they probably care a lot more about isolating China right now by keeping allies. The Americans probably don’t care that much about Bangladesh, so there won’t be much pressure from that direction.

What is happening now at the Philippines Senate is probably just a show to placate the Bangladeshis. Some of the hearing is being conducted in English for their benefit, and the Filipinos may extend an olive branch by trying to find some of the money and returning it, but that’s about all.

Just like governments all over the world monopolize the gaming industry into State-owned lotteries to keep the revenue all to themselves, so too the Philippines government gives special exemption to its own operators in reporting requirements for suspicious money transfers. That’s probably not going to change.

In Macau it’s different, because the operators there are private and independent so the government cracks down. That and the Chinese have a long history of destroying their own economy willfully in an incredibly misplaced trust the people have for their own government.

So if you have any Philippines gaming stocks, stay informed, but no need to panic out of them only because of a Bangladeshi heist. This Bangladesh incident is probably just a tempest in a teapot, and the Philippines will likely keep profiting from Macau’s anti-money laundering suicide.