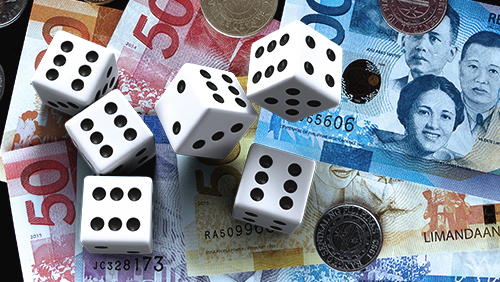 The recent $81-million money laundering scandal has prompted an international watchdog to call for casinos to have a lower threshold for players.

Paris-based Financial Action Task Force (FATF) stated in its Anti-Money Laundering and Counter Terrorist Financing manual that “casinos should identify and verify the identity of customers who engage in financial transactions equal to or above $3,000,” the Philippine Star reported.

“Countries must require casinos to ensure that they are able to link customer due diligence information for a particular customer to the transactions that the customer conducts in the casino,” the watchdog said, according to the report.

Authorities in the Philippines are already pushing for local casinos to be included in the Anti-Money Laundering Act (AMLA) coverage. Under AMLA, foreign exchange corporations, money changers, insurance companies, securities brokers and dealers, and property firms are required “to report suspicious transactions regardless of the amount, and any transactions of PHP500,000 (US$10,620) and above to AMLC.”

Securities and Exchange Commission chairperson Teresita Herbosa said the Philippines has already been placed in FATF’s grey list—along with other countries that have inadequate anti-money laundering laws—three years ago.

The Paris-based watchdog said the country, along with Bangladesh, is due for another assessment following the money laundering scandal that involved both countries.

Alexandra Wigmenga-Daniel, communications management advisor for FATF, told the news outlet: “Each assessment will look for evidence to demonstrate how effectively the country has used its Anti-Money Laundering/Counter Terrorist Financing (AML/CTF) measures to prevent, detect and prosecute cases of money laundering and terrorist financing.”

The two countries were recently linked to an alleged money laundering activity involving $81 million reportedly stolen from a Bangladesh central bank account in New York, then transferred to Philippine banks before most of the money ended up in the hands of the local gambling industry.

Philippine Amusement and Gaming Corp. head Cristino Naguiat Jr. maintained all Philippine-licensed operators have always cooperated with AMLC investigations and casinos were amenable to observing all AML practices that are on par with global industry standards.

Naguiat said banks were a precursor to casinos receiving deposits, therefore banks are “the primary gatekeepers against illegal transactions,” adding that the funds scandal wouldn’t have been possible without a “systemic failure at the bank level.”