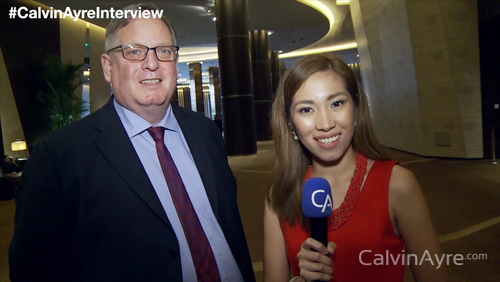 In this interview with CalvinAyre.com’s Stephanie Raquel, Boston Ventures’s Bruce Elliot explains why iGaming businesses should hurry and invest in eSports.

iGaming businesses should hurry up and invest in the “exploding” eSports industry.

Bruce Elliot, managing director of Boston Ventures, said 2016 is the “breakout year” for eSports betting, what with so many industries that are now riding on the popularity of competitive video game tournaments.

“This has been a breakout year for the eSports betting side of things, so the pure-play eSports betting companies that are offering lines and bets just on eSports competitions are really exploding,” Elliot told CalvinAyre.com. “Other traditional sports books, like Pinnacle and others have added eSports for quite a while, are doing great. Pinnacle says it’s their sixth best performing sport.”

Online betting giant Bwin, which started offering eSports bets in its line-up, recently announced that it’s expecting to take more bets on the League of Legends World Championship Final, surpassing even that of the UEFA Champions League.

Other brands are also getting behind the eSports industry. A recent Newzoo market report forecast the competitive video gaming industry will receive 70 percent of all revenue from sponsors and advertisers in 2016. Brands like Coca-Cola, ESPN, Intel and PepsiCo are expected to spend a total of $325 million on advertising and sponsorship—a 49 percent increase compared to last year’s figures.

And this, according to Elliot, should be enough reason why businesses in the iGaming industry need to “hurry.”

“My suggestion is hurry because this industry is exploding. You’ve got millions of player, we’ve got 37 million people watch the League of Legends final last year. If you look at the Super Bowl had a 105 million and eSports is growing faster. In two years, I think there’d be more viewers of an eSports final than the Super Bowl. It’s going to be crazy, so I think get behind it now and hurry,” Elliot said.

His advice to operators who are thinking about adding eSports to their line-up: give gamers a trading background.

“I’ve talked to a couple of operators who’ve found gamers and started there and learn their lessons that way, and brought them into a trading background. If you go the other way, just taking a trader and trying to integrate, it’s going to be a challenge,” Elliot noted. “I think land-based venues are going to take off this year. I heard there’s 40 land-based eSports venues being built in China, there’s a number in Canada, [and] in the UK you can find tournaments all the time. I think that’s where it’s going really grow is that of land-based and spill over into online.”