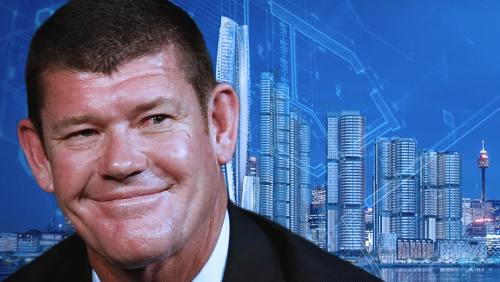 James Packer is finally a step closer to breaking ground on his $2 billion Sydney casino.

The government’s consent, however, came at a cost: the casino operator agreed to some changes in the structure of the resort’s gaming floor, which includes increasing the width of the public promenade and making several changes to the façade of the western podium elevation, according to the report.

Packer, who own 53 percent of the Melbourne-based Crown Resorts, drew the line at reducing the size of the podium, or the building that houses the gaming floor, telling government officials that “splitting up its gambling offering” could significantly affect the resort’s most important source of revenues.

“We have had first-hand evidence at both our properties in Macau (Altira and City of Dreams) which demonstrates that gaming floors over a number of separate split levels are challenged and result in inferior returns,” the casino operator said, according to the news outlet.

Crown’s proposed changes were accepted by the Department of Planning and Environment, which noted the new podium “has an appropriate relationship to the public domain and foreshore.”

Packer also received approval to include Crown’s gold logo at the top of the complex, but in exchange, the casino company agreed to build a 250-meter-high observation deck that will be open to the public as part of a guided tour.

Crown already had the government’s approval to run a VIP-only casino—minus poker machines—at the Barangaroo site, but the casino operator sought for another approval in 2015 to build its 270-meter casino, hotel and apartment tower at Barangaroo South.

The delays have set back Crown Sydney’s opening from the original November 2019 target to early 2021.

Crown previously scaled down its casino project to a smaller 275-meter high building complete with a luxury hotel, multi-million dollar residential apartments, retail space and a gaming floor, all of which will cover as much as 77,500 square meters. The VIP casino will cover about 6,805 square meters of the total floor space, less than half the space granted under its restricted gaming license.