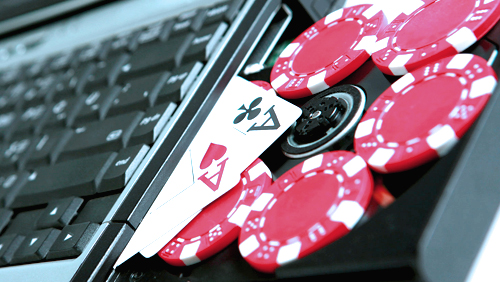 This is a guest contribution by Cory R. Levi B.A., LL.L., J.D. is a Quebec and Ontario licensed Attorney with the Montreal based law firm of Lazarus Charbonneauand works in the Gaming and Corporate law departments. If you would like to submit a contribution please contact Bill Beatty for submission details. Thank you.

The law in Canada, as it relates to online gambling, is somewhat grey. While there does not exist actual language that specifically governs the legality of online gaming websites, Canadian authorities have loosely interpreted the relevant language found in the Criminal Code of Canada to apply to them, and in this regard, the law is quite clear – only provincial governments can legally own and operate gaming houses, whether land-based or online; this extends to poker, casino and/or sportsbooks alike.

So how can it be, therefore, that “offshore” operators accept Canadian facing business without suffering any legal consequences, unlike several of them did a few years back in the United States? The answer is simple – by way of the “Foreign Operators Principle”. The Foreign Operators Principle provides that as long there are no substantial links with Canada, whatsoever, (referred to as a “nexus” by Canadian courts), Canadian authorities have no jurisdiction over these offshore operators, and therefore, cannot enforce Canadian law, permitting them to continue to operate and earn revenues that, in the eyes of the various provincial governments, belong to Canada.

Seeing the success that many of the world’s largest gaming sites were experiencing and without any ability to stop it, or at the very least, slow it down, several Canadian provinces sought out to run their own provincial online gaming websites – like the old saying goes, “if you can’t beat them, join them” –  and in 2010, the Quebec government announced its plans to open the very first government-run online gaming site, www.EspaceJeux.com, in hopes of earning a piece of the billion dollar gaming industry.

Despite their efforts in attempting to operate an online gaming platform, Canada’s provinces continue to face three major problems:

1. As an operator rather than a regulator, provincial governments compete with offshore operators that have been around for nearly two decades and that have far more knowledge, know-how, tools and experience, then they do, but above all else, have a large and unrestricted player base to draw from;

2. As an operator rather than a regulator, provincial governments must “take the heat” for any and all complications arising from play on their site, rather than condemning a privately-run offshore operator thus avoiding any negative publicity; and

3. Even though they are operating as a business, at the end of the day, they are still a government, and therefore must operate within the confines of their budgets, whereas offshore operators, being private entities, do not have these same limitations. This results in far inferior marketing campaigns, and also in not being able to attract some of the industry’s leading experts.

It is no surprise that Canada’s provincial governments are well aware of the monetary benefits of online gaming; however, the billion dollar question remains as to whether they should recognize the legitimacy of this industry and strictly regulate it, or continue on as operators.

The need for legislative change

Many Quebecers, including politicians, were against the launch of www.EspaceJeux.com as they felt it would only lead to societal issues. As a result, not really knowing much about online gaming, then Quebec Minister of Finance, Mr. Raymond Bachand, created the Working Group on Online Gambling tasked with the mandate of (i) examining the social impact that online gaming has in Quebec, (ii) analysing the measures used to block illegal gaming operations, and (iii) consulting with industry experts to learn more about the always-evolving online gaming industry, all to determine whether the online launch would be better or worse for the province – additional revenues and stricter responsible gambling programs vs. creation of new problem-gamblers.

Canada’s federal government also realized there was a problem with offshore operators, but to them, it wasn’t based on social concern, rather financial. In September of 2011, Senator Joe Comartin introduced Private Member’s Bill C-290, which sought to abolish the “parlay-system” and allow for “single-sport betting”, to compete with the offshore operators that were operating pursuant to the Foreign Operators Principle; it was said that the Canadian provinces were losing out on approximately ten billion dollars worth of revenues that were being wagered offshore.[1]

Unfortunately, Bill C-290 never made it passed the goal line, and the provinces continue to compete with offshore sportsbooks.

In the summer of 2014, following the acquisition of Rational Entertainment Enterprises Ltd., the parent company of Poker Stars and Full Tilt, by Montreal-based Amaya Gaming Group for $4.9b, rumors started circulating that Quebec was in fact leaning towards a regulated framework that would result in the issuance of interactive gaming licenses to private operators. It wasn’t until November of 2014, that this rumor started to look and feel more like an actuality, when Mr. Bachand’s commission released their report, “Online Gambling: When the Reality of the Virtual Catches Up with Us”,[2] whose most significant recommendations called for the Criminal Code of Canada to be amended to allow for the issuance of interactive gaming licenses to private operators, as well as the restriction of Loto-Quebec’s mandate to the management of gambling operators, while leaving the oversight of public health and socioeconomic/legal questions to an autonomous body.[3]

Shortly after releasing the report, the Province of Ontario also stated that they too were suffering financial hardships with their online gaming website, www.PlayOLG.com, as a result of the presence of offshore operators, but would be waiting patiently on the sidelines to see if and how Quebec responds to the recommendations made by the Working Group on Online Gambling, before they take any such measures.

Whether or not Quebec and Ontario will lead the path for change in the way online gambling operates in Canada remains unknown. However, what is known is that without legislative change, the provinces will continue to face the same hurdles they’ve been facing since 2010, and continue to miss out on the continuously evolving billion dollar online gaming industry.

Cory R. Levi, B.A., LL.L., J.D. is a Quebec and Ontario licensed Attorney with the Montreal based law firm of Lazarus Charbonneau and works in the Gaming and Corporate law departments, and can be reached at [email protected] or via LinkedIn at http://ca.linkedin.com/in/corylevi.
[1] A “parlay” bet is where a person must bet on no fewer than 3 different sporting events, with the purpose being to protect the “integrity of the sport”, by ensuring that no match-fixing could occur, whereas “single-sport” betting only requires a person to wager on one event.
[2] http://www.groupes.finances.gouv.qc.ca/jeu (French version only).
[3] A full list of the recommendations can be viewed at http://www.groupes.finances.gouv.qc.ca/jeu/pub/COMEN_20141106-groupe.pdf.