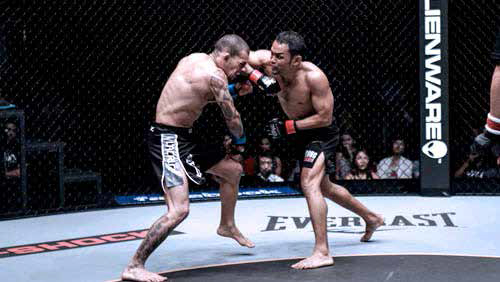 Former three-time Lumpinee champion in Muay Thai, Dejdamrong Sor Amnuaysirichoke went home to Thailand recently after living and working in Singapore to grace a press conference for ONE Championship’s “Kingdom of Champions” fight card which takes place May 27 at the Impact Arena in Bangkok.

The reigning ONE Strawweight World Champion is the first world champion in mixed martial arts of Thai descent and is leading the charge for MMA in Thailand.

“I have waited a long time for this. Coming home to Thailand and performing in front of my people has always been my greatest dream,” said Dejdamrong, who won the strawweight title with a 5-round technical decision over Filipino stalwart Roy “The Dominator” Doliguez last year.

The unbeaten Dejdamrong is a Muay Thai master. He transitioned into MMA back in 2014 and hasn’t looked back since, stringing together six straight victories whilst capturing the title along the way.

ONE Championship has brought Dejdamrong to places like Manila, Dubai, Jakarta and Kuala Lumpur to showcase his talent, to help boost MMA in Asian markets.

Backed by the Government of Singapore, and led by a world-class management team, the ONE is Asia’s largest sports media property with a global broadcast to over 1-billion homes in 75 countries.

Dejdamrong believes that like ONE’s successful expansion into other Asian nations, this event in Bangkok will create significant media coverage around the world and that Thailand will receive a lot of attention which bodes well for the overall economy and tourism in the country.

“Thailand is one of the greatest countries in the world, and this is our chance to show it,” said Dejdamrong.

MMA is a collection of various martial arts in history, taken from different locales and all brought together in a single sport with a global unified ruleset which depict values of honor, courage, humility, work ethic, mental strength and confidence. Asia has been the home of martial arts for the past 5,000 years, and Muay Thai — a combat discipline with origins in 16th century Thailand — is one of the main styles in MMA.

“It’s become a reality,” said Dejdamrong, about his dream of competing in front of his friends and family in his home country. 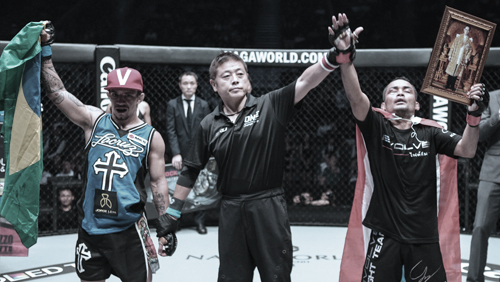 “I vow to protect the title and bring the belt back home to Bangkok again as champion. It is an honor and a privilege to receive this opportunity,” he said.

Although an opponent is yet to be announced, it is widely considered by experts that Dejdamrong is perhaps the most talented fighter in his division. With ONE always on the lookout for fresh talent the world over, finding a worthy challenger for the 37-year old Dejdamrong has proven to be a challenge in itself.

Dejdamrong faced his toughest opponent last November in Brazil’s Yago Bryan. Although the Thai national defeated Bryan by unanimous decision in 5 rounds, Bryan pushed Dejdamrong to the limit and forced him to dig deep to showcase his championship mettle.

As a result, Dejdamrong put in one of his finest performances to date, of course led by his world-class Muay Thai skills honed in the heart of his hometown of Bangkok.

MMA has grown in popularity in recent years, and is the fastest expanding sport in the entire world. As major MMA organizations in the west have taken the sport’s profile from cult following to mainstream, ONE Championship has done the same in Asia, boosting the participation of gyms and raising awareness of ancient martial arts like Muay Thai.

Aside from Dejdamrong, Thailand’s local Muay Thai community also welcomed the news of ONE’s expansion into the country with excitement.

Sangchai, currently the biggest name in Muay Thai, has expressed his interest in competing at ONE in MMA. Khun Boat of PetYinDee, one of the biggest Muay Thai promoters in Thailand is also delighted that MMA is finally making its way into the country.

Being an integral part of MMA, Muay Thai fighters now have an international platform for athletes to transition into MMA and advance their professional careers.

“Thai fighters have conquered combat sports such as Muay Thai in the east and in the west, and also in Olympic boxing,” said Thai featherweight contender Shannon “One Shin” Wiratchai, who is a big part of the local combat sports community.

“In Thailand, we have a big contingent of great Muay Thai fighters and a ton of great non-mainstream ones too. ONE Championship in Thailand is a call out to unite all the great fighters to step out from the shadows and let the world see the greatness of Thai athletes!

“I am really excited and all the Thai people are more than ready for MMA. We’re coming for you, world.”

Nikolay Aleksakhin out to give Ben Askren his first defeat at ONE: GLOBAL RIVALS
Carlos Cinco
13 April 2016