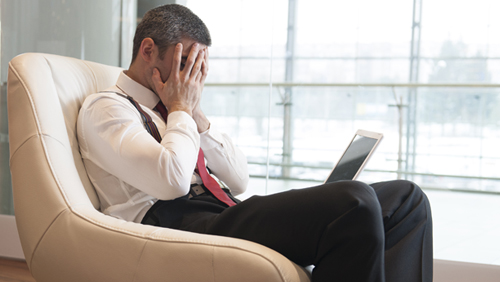 What would you do if you logged on to your online poker account and found an additional €1,546,522.16 just hanging around?

Would you keep it?

Would you cash it out?

Would you lose it all playing nose bleed stakes against the world’s best players?

Those were the questions rushing through the brain of Winamax player ‘the-requin34’ after that exact thing happened.

A Winamax official (who I assume is now working in a fast food restaurant) accidentally credited him with that amount after accidentally typing in a part of his unique ID number ‘1546634’.

The player had a lot of thinking time.

It took Winamax over a week before they realized that €1.5m had gone missing, and a subseuqent search for it resulted in an e-mail exchange with the aforementioned player.

But that’s not a view shared by the recipient of the seven figure cock up. Player number 1546634 doesn’t want to return the €9,000 and according to my very bad French, he is even prepared to go down the legal route to keep it. He believes he won the money fair and square in a lottery. Winamax have tried to explain that the lottery he is speaking off doesn’t exist. The two are still at odds. At the time of writing neither party has stood down.

Winamax continues to insist the money was handed to him as the result of a technical error.

Thanks to Matthieu Sustrac, PokerNews.Fr, for helping me piece this together.

Perhaps one of the reasons Winamax didn’t notice €1.5m was missing from the vault is because they have been busy creating super-frickin-duper games.

The latest gem to come out of the Winamax blue sky thinking room is a new format of satellite tournament known as Hit&Run. For anyone who has typed in Calvaire searching for the 2004 movie and ended up here by mistake, let me tell you that a satellite competition has nothing to do with actual satelittes. Instead, players who are broke play in smaller buy-in tournaments in the hope they get lucky and finish high enough up the tournament finishing positions to win a seat into a bigger buy-in tournamwnt.

All that changes with the introduction of Hit&Run. Now, instead of finishing higher than anyone else, you only need to earn a certain amount of chips to gain a seat.

Hit&Run tournaments are all in the multi-table tournament (MTT) format, and are seven handed. Players start with 9,000 starting stacks and are awarded a seat when they reach 40,000 chips. This continues until there are no seats left. Any left over cash goes to the poor sucker who spent the past 15-hours playing only to finish runner-up.

Winamax has a great track record of creating amazing tournament formats before someone else copies their idea and makes a trillion bucks out of it. Let’s hope that this one has a happier ending.