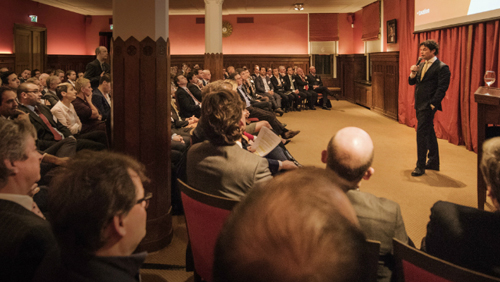 This is a guest contribution by Willem van Oort, founder of Gaming in Holland and Frank Tolboom, lawyer at Kalff Katz & Franssen. If you would like to submit a contribution please contact Bill Beatty for submission details. Thank you.

On Friday, January 22, 2016, prominent Dutch law firm Kalff Katz & Franssen hosted its Annual Gaming Industry Event. The 2016 edition was co-hosted with the International Masters of Gaming Law. With over 150 attendees from all over the world representing the online and land-based gaming industry, as well as consultants, regulators, and policy makers, the event was a huge success. 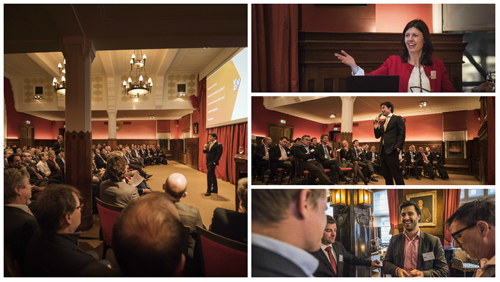 In light of recent amendments to the Dutch remote gaming bill to implement a uniform tax rate of 29%, this year’s Annual Gaming Industry Event naturally focused on taxation and enforcement with regard to remote gaming in the Netherlands. Speakers included MP Jeroen van Wijngaarden, Marja Appelman, CEO at the Netherlands Gaming Authority, and Dr. Jörg Hofmann, senior partner at Melchers Law and former president of the IMGL.

Click here to watch a video summary of the event.

Earlier this month, parliamentarians of the ruling government coalition proposed a series of amendments to the pending remote gaming bill to introduce a uniform tax rate for both online and land-based gaming of 29% of GGR, which could potentially be lowered to 25% after three years.

According to the original bill, online operators would only have been taxed at 20% of GGR in order to encourage Dutch punters to seek out licensed operators instead of more cost-competitive, unlicensed alternatives. With already one million Dutch online punters participating in the offshore market, a low tax rate was seen as necessary by the both the Ministry and independent market analysts to “channel” a sufficient number of players toward licensed operators.

Complicating matters, however, is the fact that at present there is no such thing as a uniform gambling tax rate in the Netherlands as certain incumbents (who are nominally taxed at 29%) do not pay taxes on prizes valued at €449 or less. This dramatically reduces their effective tax burden – in some instances to below 10%.

In response to these obvious objections to a “uniform” tax rate of 29%, Jeroen van Wijngaarden, MP of the conservative party VVD, defended the present proposals by stating that they were necessary in order for the bill to be adopted in parliament. A nominally uniform gambling tax rate (which is to be lowered “as soon as possible”) is at present the only politically viable option.

Van Wijngaarden also noted that he is not concerned that the higher tax rate would decrease player channelization and expressed his willingness to rely on strong enforcement measures. 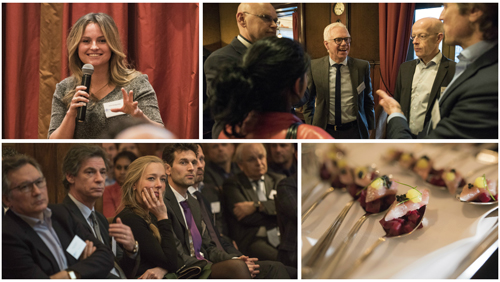 Significantly, Marja Appelman, CEO at the Netherlands Gaming Authority, appeared critical of the proposed tax rate of 29% on online gaming, fearing that too high a tax rate would push players toward the unregulated market. “Many factors decide the attractiveness [of an operator],” she said, “but I have been told the payout ratio may be the most important.”

Importantly, Appelman also responded to Van Wijngaarden’s claims that strict enforcement would (or even could) offset the negative consequences of a higher tax rate: “It is not sustainable to put that much effort in enforcement. Enforcement is very expensive.”

It has become clear that the recently proposed amendments put the generation of tax revenue before achieving consumer protection, as well as the previously stated player channelization objective. This is not just contradictory to the position of the Ministry advanced as recently as last December,  it must also be noted that it is longstanding EU case-law that restrictions on the freedom to provide services cannot be justified on account of purely financial motives.

Perhaps even more troublesome is the fact that the argumentation underlying the implementation of a high uniform tax rate appears contradictory. Initially, a high tax rate will be applied to the online sector, which will have a stifling effect on the size of the legal market. Yet, a reduction of the tax rate will only occur if the size of the legal market exceeds expectations!

However, Justin Franssen, partner at Kalff Katz & Franssen, stated in reaction to the proposed amendments that “speaking as a lawyer, a case is never lost.” To which Dr. Jörg Hofmann, senior partner at Melchers law and former president of the IMGL, added that “If you see something wrong, there is always an opportunity to change it.”

A parliamentary debate on the bill is expected to be scheduled in April this year, at which stage the discussions will continue.

In anticipation of these discussions Malta-based betting operator Unibet announced yesterday a sponsorship deal with the Royal Dutch Cycling Union conditional on keeping the originally proposed tax rate of 20%.

Frank Tolboom is lawyer at Kalff Katz & Franssen, a leading Dutch media, entertainment and gaming law firm, housing the only dedicated and fully specialized gaming practice in the Netherlands.