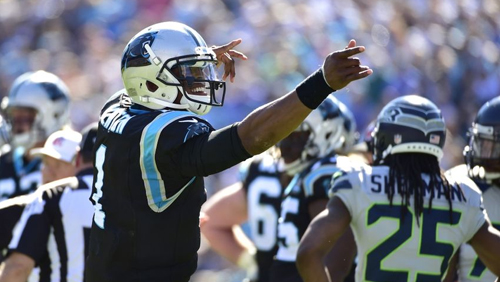 Mirror, mirror on the football field, who will be the better team at the end of today’s game? No but seriously though, these 2 team definitely mirror image each other and it shows as far as statistics, determination and being in the “zone” when executing key plays during each game. Both team’s quarterbacks are striking similar as run and pass helmsman and statistically.

There are slight differences due to being a year apart, but these 2 marque players are almost clones.

There are substantial differences at the other positions. Seattle is 3 deep at wide receiver combining for 1,800 yards with 25 touchdowns while Carolina only is just 2 deep at this position  with 1,200 yards along with 13 scores. Both teams have starting running backs and their backups are just that. Seattle has no tight end to speak of while Carolina has the second best tight end in the National Football League.